Why Kenyans are flat broke 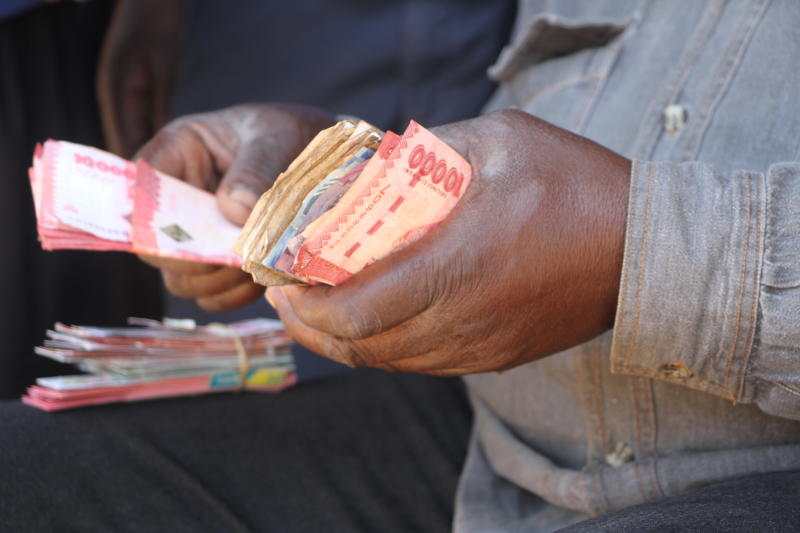 The recent report by the Central Bank of Kenya (CBK) showing there is less money outside banks - the lowest in six years - should not perplex us. The data confirms what ordinary Kenyans on the streets have been saying all along: hakuna pesa (there is no money). Remember our Gross Domestic Product (GDP) is simply money in circulation multiplied by its speed (MV).

The regulator’s data attests to the fact that both the money and speed are low. It is important to note that money in circulation is often backed by economic activities unless more money is printed. After all, money is a medium of exchange in our economic activities from manufacturing to service delivery. Less money means a subdued economy. Noted how everyone in Kenya looks tired? Even replying to emails and messages is taking time. Are we subdued even emotionally?

Around this time of year, the economy is usual hyperactive as we await Christmas. The performance is now slow. Businessmen - from car dealers to cloth sellers are usually very happy around this time of year as Kenyans prepare to show off, including those from the diaspora. Even Christmas decorations are subdued. In the past, the malls competed on who would have the most extravagant decorations. It seems the competing point is prudence. Naysayers will be quick to blame demonetisation for the “disappearance” of money. They may not be entirely wrong. Demonetisation could have signalled to some Kenyans that it’s time to “protect” their money.

The Sh7 billion that was not exchanged is not enough explanation on why money in circulation has reduced. They could have withdrawn it and bought the property or changed it into an alternative currency like the dollar. Noted how the shilling has held against foreign currency? The effect of demonetisation like other policy shifts is not felt immediately. Economists with their swag will say it’s lagged, simply put the effect is felt later. We could be feeling the effect of demonetisation now. The failure by governments, mostly counties to pay their debts despite executive order could have contributed to less money in circulation. Government is a big player in the economy. Its debt is a break in the economic cycle. The interconnection of the economic players means any break affects all.  The unpaid debts slow down the money circulation. Remember once we are paid we use the money and those we pay to use it too leading to a lot of economic activities. Remember the multiplier effect? Let also admit that lots of Kenyans also never pay their debts. Auctioneers are having a good time; check the newspaper adverts. The fight against corruption could also explain less money outside banks. A hawker near Gilgil Weigh Bridge once told me that things were better during the KANU era. She meant there was a lot of money floating around. The crackdown on corruption removes that money and rarely is it taken to the formal system (read banks). Money from corrupt deals is often used immediately, giving the impression that things are good. This is especially the case during elections. It is possible some money could have left the country too. Why did CBK work with our neighbours during the demonetisation? Others could suggest the money is held by big government projects and not trickling down to the grassroots. Remember the interest rate cap shifted money from us to the government and crowded us out. Are we feeling the effect now?  We could even add the reduction in betting which require lots of money “floating “around. And did I hear of some government officials cooked data?  Is the truth finally coming out?  Is the crackdown on tax cheats also affecting the money in circulation? Could those targeted slow down their economic activities to “punish” the Kenya Revenue Authority (KRA) with less tax? More perplexing about less money outside banks is that we would have expected the opposite with handshake and its exuberance. Does it mean this event has not had economic dividends? Are Kenyans still sceptical about it? Should we worry over “missing the money?” Economic growth In the short run, we should. My equation above shows less money in circulation could lead to economic contraction. We are eagerly awaiting the aggregate economic growth rate for this year. The only positive is that inflation slows down, which is not unexpected because of decreased demand. We all want growth. An economic slowdown is the last thing we want today. Most Kenyans have already worked hard enough. What’s the way forward? It’s envisaged that the repeal of the rate cap will spur more credit and subsequent economic growth. But will it be countervailed by a slowdown in government borrowing? The direction BBI report will take will have a bearing on the economic trajectory. Most important is the collective expectation of the Kenyan public. What can motivate us to spend more? The economic growth is about both the policies and those whom the policies are made for. Let us be honest, fixing the economy is harder than writing a BBI report. -The writer is an associate professor at the University of Nairobi