What CBK should do to boost bank lending 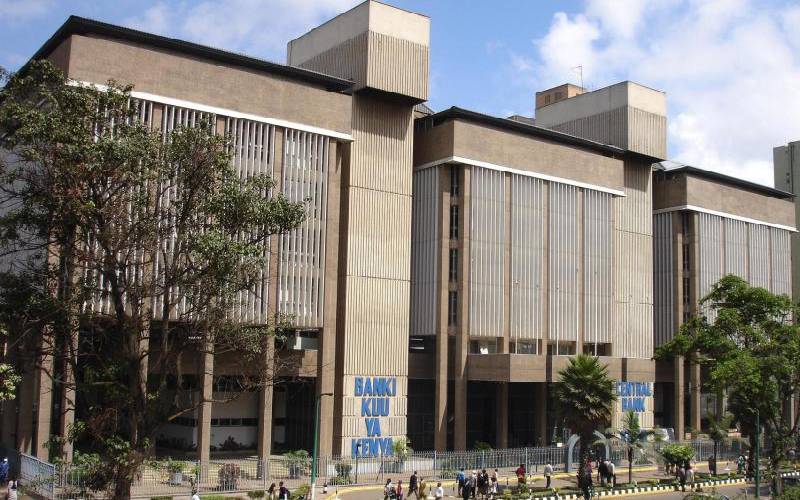 Recent months have been characterised by a severe cash crunch, which has seen businesses close down and scores lose their jobs.

These are extraordinary times, and they call for extra-ordinary measures. Measures such as the recent one by National Treasury to compel State corporations and county governments to release close to Sh165 billion to suppliers are welcome. For a while, a lot of businesses have been choking for lack of cash.

The repeal of the provision that capped interest rate was a good move as banks had scaled down lending to small businesses, contributing to the current unemployment crisis. It is even better that Central Bank of Kenya (CBK) has lowered its lending rate to 8.5 per cent, setting the stage for cheaper loans to businesses.

But more needs to be done if cheap loans are to be made available to businesses.

It might be time for CBK to consider releasing some of the cash it holds for the commercial banks.

A plain look at the amount held in cash reserves held by the CBK, estimated at Sh180 billion, points to a potential partial solution to our problems.

CBK requires banks to keep aside 5.25 per cent of all customer deposits to serve as cushion in case of any risks.

In simpler terms, for every Sh100 deposited, a bank can only lend Sh94.75. Slashing the requirement to a lower ratio would free more money for banks to lend out.

The rate has been at this level for the past seven years when it was raised to address the then perceived excess liquidity. Credit to the private sector had grown by double digits to more than 25 per cent.

Inflation - increase in prices of goods and services as a result of too much money in circulation - had shot to over 25 per cent. Currently, it is growing by 6.6 per cent.

Today, the inflation rate has fallen to below 4 per cent.

Total customer deposits in the banking sector have crossed Sh3.5 trillion today going by the trend, with official records putting it at Sh3.48 trillion as at August.

While it is good to have the reserves which are intended to cushion depositors, the financial regulator now has in place a number of supervisory measures that have left the banking sector in a more stable position.

The Kenya Deposit Insurance Corporation has in recent times also put in place stricter measures that will pre-empt the collapse of any banks, thus ensuring  there is no repeat of cases such as collapse of Chase and Imperial banks. This has contributed to the maintenance of high cash reserve ratios.

It is for this reason that I believe it is time to re-look the 5.25 per cent cash reserve ratio. If only for the hard times, it is time to slash the ratio by around two percentage points to give banks more cash to lend out.

The move would give banks an additional Sh80 billion. The Sh100 billion CBK will be left with should be enough to keep the depositors covered in the unlikely event of a systemic industry failure.

Coming right at the time that we have emerged from the interest rate capping regime where lending to the private sector was quite selective, slashing the Cash Reserve Ratios is justifiable.

A reserve ratio is only among the several measures available to the CBK to address the amount of money in circulation, besides the Central Bank Rate and Repurchase Rates.

Banks are also required to maintain a minimum core capital of Sh1 billion, which they do not really need to have in cash, where virtually all are compliant.

Proposals to raise the core capital, therefore, has no bearing on the availability of funds for lending among banks.

Already, the ongoing amalgamation in the banking sector means the bigger and stronger institutions that are taking shape will have lower risk of failure.

KCB Group’s acquisition of National Bank is a perfect illustration of how the banking sector is strengthening organically.

With such developments where the weak and risky banks are naturally eliminated, raising the core capital makes a lot of sense.

Once the policy is reviewed, banks would have more money to lend to businesses and individual borrowers to spur the economy.