Governors engaged in tussle for control of Sh120b pension 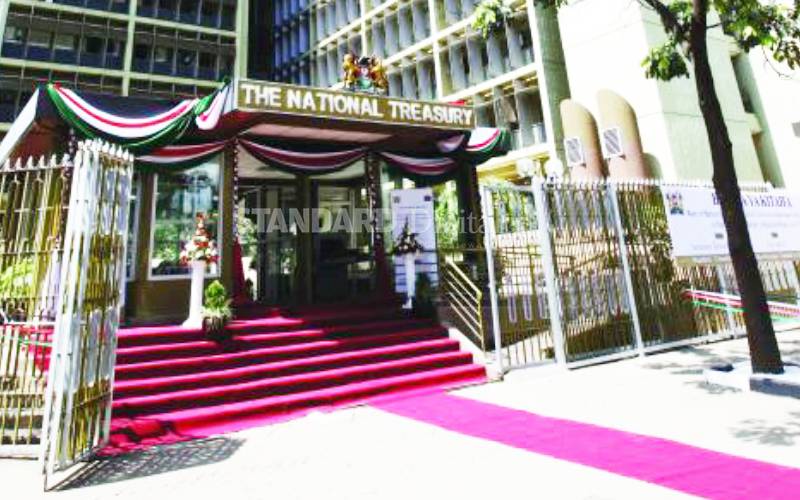 A tussle for control of more than Sh120 billion pension funds for county workers has emerged a month after a new law to merge existing schemes came into force. Already, the Council of Governors (CoG) has disowned the County Governments Retirement Scheme (CGRS) Act, 2019, while a section of workers, led by the Kenya Medical Practitioners and Dentist Union (KMPDU) has welcomed the law.   The Bill was assented to by President Uhuru Kenyatta on September 18 and took effect from October 7. It provides a five-year transition period into the new scheme.

Laptrust, County Pension Fund (CPF) and CPF individual scheme are jointly run by CPF Financial Services but are required by law to merge with Lapfund, which was formerly a parastatal under the 2007 Act.     The new law brings together staff of both Laptrust and Lapfund engaged in the administration to continue doing so in the new scheme, subject to suitability test by the board. Last Friday, CoG Chairman Wycliffe Oparanya bought space in two dailies to distance counties from the new scheme, just days after Lapfund issued a statement embracing it. “The CoG holds the view that the Act is unconstitutional as it violates the county governments with regards to setting up pension schemes for their employees. The decision by counties to adopt and jointly own the CPF still stands and has not been varied,” Oparanya said.

The CoG boss claimed Lapfund was a State corporation domiciled in Treasury and could not, therefore, transit to CGRS to manage county workers’ pension. However, Section 23 of the new law requires the board of trustees to appoint an administrator to manage the scheme. According to the new Act, the CGRS will be run by an independent nine-member board of trustees. Eight of the trustees will be drawn from counties while the national government will only have one representative; the Treasury PS. The chairperson and vice will be elected from the eight representatives. They are a representative each from CoG, County Public Service Boards, County Assemblies Service Boards, four representative for trade unions representing workers in the county governments and one member of a trade union representing county assemblies’ staff. KMPDU Secretary General Oluga Ouma accused governors of mischief in rejecting the new law, saying his members welcomed the move. “The counties are misled deliberately. They may have gone to bed with one of the schemes (CPF) and want to control the funds. However, we are saying Treasury needs to move with speed and constitute the board of trustees as per law to safeguard workers money,” he said.

Dr Oluga said CoG representatives left after making their presentation and did not wait to listen to the proposals of other groups during public participation sessions.

“In any case, it is a favour that a group like CoG is having a representative in the board of trustees, and this is some of the areas which we will be demanding for amendment. This is not county money but workers’ savings, where CoG is neither an employee nor employer to be represented,” he said.   Laptrust CEO Hosea Kili supported the CoG’s position, saying it was wrong for Lapfund to claim it was the new scheme envisaged in the Act. He said the new law did not provide for the status of the CPF Financial Services, which administers the three schemes - Laptrust, CPF pension and CPF individual savings - yet it provides for staff of Lapfund to transit to the new scheme. “The law talks about a new scheme where the two funds merge and there are no regulations to guide the process and we are not opposed to the new scheme. A pension fund has to be totally independent from the employer. What is happening is a tug of war between the two levels of government and not us going to bed with CoG,” Kili said. Yesterday, Lapfund CEO David Koross denied claims of misrepresentation, clarifying that he had only issued a statement to express the fund’s willingness to transit to the CGRS as provided for by the new law. “It was agreed an Act of Parliament will be the best instrument to establish the scheme. As Lapfund, we are willing and ready to transition into the new scheme,” Koross said. Currently, Laptrust and CPF has a combined value of about Sh61 billion in investments, with a membership of about 80,000 across all counties, according to records on their websites. Lapfund, on the other hand, has an estimated membership of 52,000 and a net value of about Sh36 billion. The two schemes (Laptrust and Lapfund) are owed over Sh30 billion in unremitted employee contributions. County employees, who are members of one or the other schemes, contribute at the rate of 12 per cent of their pensionable salaries, while the county governments contribute 15 per cent on their behalf. Kenya County Government Workers Union (KCGWU) national chair Mary Murangoro praised the move to have a law in place, saying concerns raised could be addressed in regulations or future amendments.

But KCGWU Secretary General Roba Duba yesterday threatened to call for an industrial strike if the implementation of the Act is not halted and their concerns addressed. Duba raised concerns that merging Laptrust and Lapfund could lead to loss of members’ benefits, particularly those belonging to Laptrust. He said the merger would disadvantage Laptrust’s 9,000 retirees owed benefits amounting to more than Sh40 billion across all county governments. “We condemn this new law and call for its suspension, seeing that it has problems. If not, we will have no choice but to seek legal redress and mobilise our members countrywide to reject it and protest until we are heard,” said Duba. He claimed the President was misled into signing the Act, saying it did not capture the views of members who it purports to benefit.