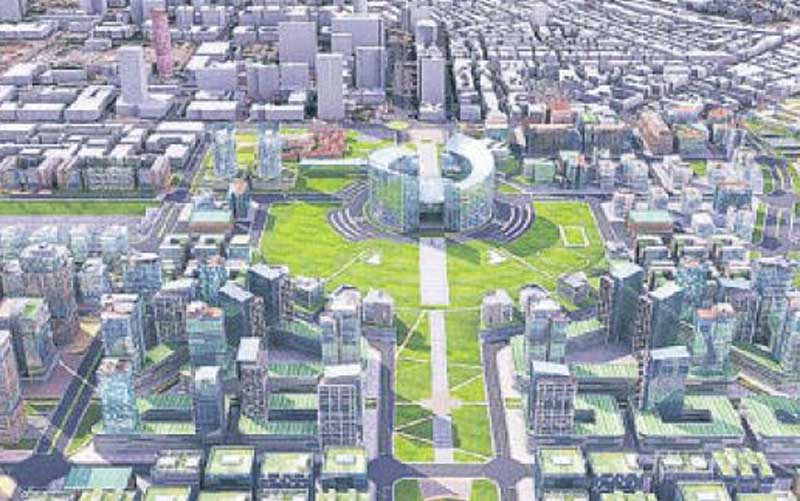 The Government has released draft plans for the Sh28 billion “Railway City” that will see the expansion of Nairobi’s Central Business District (CBD). Kenyans now have 60 days to air their views before the plans are finalised. Dubbed the Railway City Masterplan, the 425-acre project is expected to be completed in the next 20 years in three phases. Aside from the main station area, it will also contain a residential area and business hubs. Railway infrastructure will gobble a huge chunk of the project at Sh17.5 billion followed by water supply and construction of roads and pavements that will take Sh3.9 billion and Sh2 billion respectively. The draft plans describe it as a “multi-modal” hub in the CBD that will guarantee “seamless connection” among commuter rail, three Bus Rapid Transits, airport limousine city bus and non-motorised transport such as bicycles. “The Nairobi Railway City will include multi-modal transit stations, mixed-use or commercial buildings, international offices, small and medium enterprise cluster and high tech industry buildings,” said Transport Principal Secretary Charles Hinga. Other facilities will include residential buildings, community and government buildings, open space and plazas, and powerful non-motorized and pedestrian walkways. “Such a diverse urban programme will generate a 24-hour dynamic city,” added the PS. The project expects to ease congestion on Uhuru Highway, Haile Selassie Avenue and Landhies Road.