Financial Standard
Some people have even suggested white colour fraud, stress, death losing its sting, and loss of religious influence as examples of this modernism. 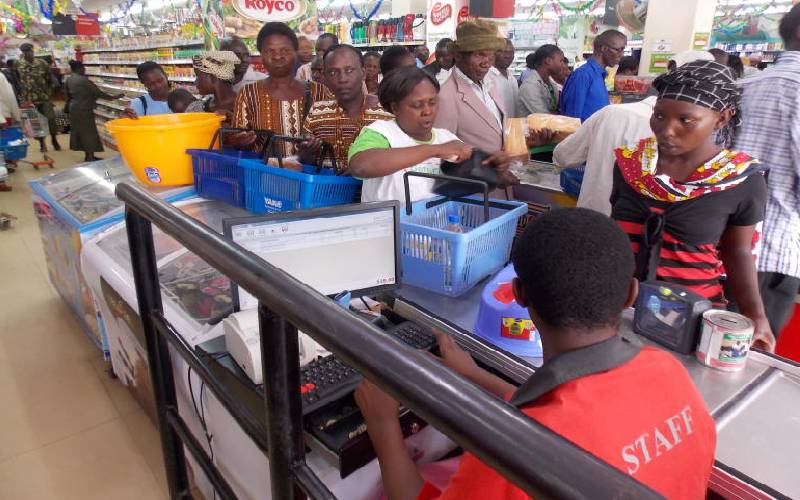 The economy has changed over the years and is getting modernised. This was triggered by liberalisation in the early 1990s when prices were freed. Globalisation and more Kenyans travelling abroad (majuu) have also nudged locals into modernism. Some have even suggested white colour fraud, stress, death losing its sting, and loss of religious influence as examples of this modernism.  Other key pointers to this modernisation include decreasing attention span. Have you noted a few people have time for long stories? Noted how you exchange business cards to get rid of each other? No wonder Twitter has done so well. Noted how news goes stale so fast? Who is talking about the budget? Noted how individualism has become part of our lives despite so many confessing to being religious? Another sign of modernism is show off. We are searching for ceremonies to show off our new achievements or those of our children. Status gained That has led to more Kenyans trooping back to school to gain titles.   The most noticeable sign of modernisation is on our roads and malls - where the number of cars on the road and shoppers spike at the end of the month. Mid-month, the economy slows down, only picking at end month. Some argue this slowdown down gives money lenders a leeway to make a kill. Lots of Kenyans borrow money promising to pay at the end of the month. Lots of functions are arranged at the end of the month when we have disposable income, mostly from wages and salaries. Economy humming Why this pattern? The salaried citizens are few but economically influential. They number about a million but are paid about 70 per cent of the tax collected! Through their consumption, they keep the economy humming - both in the rural and urban areas. The informal sector plays a big role in the economy but it suffers from uncertainty. The money paid to the few in the civil service and the benefits that go with that from pension to per diems makes me suggest that lottery should be the best way to hire public service workers at the county and national level. The growth of an economy is driven by either consumption or investment. One reason the Kenyan economy has sustained its growth in the last five years is because of investment in infrastructure - from roads to highways, never mind the debt behind it. Now that most of the taxes go to wages and salaries, would it not be prudent to enhance the contribution of consumption to the economy? One simple way is to pay salaries twice a month. Why wait for a whole month to access your money? Interestingly, we love copying other countries’ socio-political systems, not simple things. We copied positions of governors and senators from the US. We forgot they don’t have nominated MPs and senators. Why not copy their system of paying salaries every two weeks? Interestingly, Kenyans still access their money mid-month indirectly through debts and borrowing. Mid-month financial refuelling will brighten the gloom that signifies the mid-month. With a constant stream of income, consumption will be smoothened up. It is also expected that with more regular income, consumer confidence will go up. The investors will also be more confident, accessing money every two weeks for their “kamjengo” or for paying their suppliers. Businessmen will not hire workers who rest most of the month and become active only at the end of the month. The feel-good effect, of having money will be reflected in higher economic growth rates. Ever noted how consumption goes up anytime you expect money? Paying salaries twice a month will not be complicated with computerised payrolls, it’s just a click of a button. With such a system, we could even reduce corruption as money is always within reach. With reduced borrowing to pay at the end of the month, we may see the interest rates come down.  We have made changes in every sector, from politics to the health sector. Why not change as we are paid for the work done. Such a bi-monthly payment could lead to more motivated workers. The employers might work harder to ensure there is money available every two weeks. Monitoring performance might be easier too. The whole economy will feel it, maybe even our neighbouring countries. Some could argue that paying salaries bi-monthly moves us closer to the informal sector where employees are paid weekly or daily. Why not, that sector predominates our economy. Why can’t we be bold and try that? Is that harder than devolution? I’m sure if we paid Kenyans twice a month, there would be more smiles on the streets. Will Kenyans demand to be paid every week, then daily? What do you think? Are you a worker or employer? -The writer teaches at the University of Nairobi