Sci & Tech
We hear tech myths every day, some of which are so ridiculous you don’t know where to start debunking them. 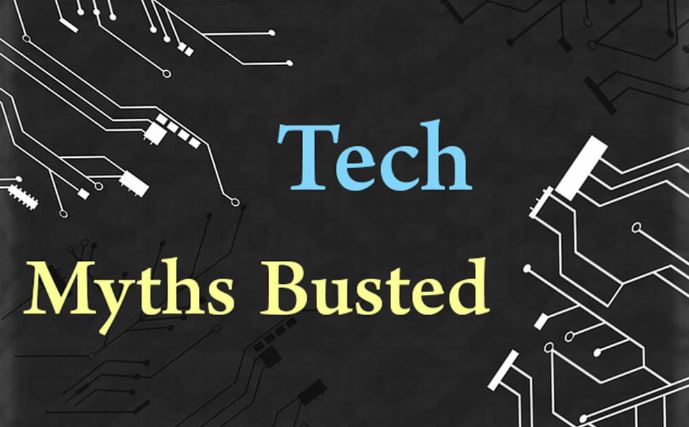 We hear tech myths every day, some of which are so ridiculous you don’t know where to start debunking them. Here is a master list of well-known tech claptrap, as well as some that may have once been grounded in reality but no longer hold true. More megapixels in a camera make for better pictures What really helps makes a better photo is a bigger sensor inside the camera. Then there is the issue of dual cameras. A popular Kenyan YouTuber once reviewed phone, which has 12 megapixels, and went on to inform her audience that each of the two cameras is 12 megapixels, making a total of 24MP. That is completely false. The concept of dual cameras is not simply adding pixels. The second camera is meant to add depth, sharpness, detail, better zoom and a wider angle.

QWERTY keyboard is the most efficient way to type Early typewriting machines were expensive, and people didn’t want one spot on the keyboard wearing out all the time, because high-use keys were clumped together. Several different arrangements were tried, and the QWERTY layout eventually became the industry standard. Some people prefer the Dvorak keyboard, which keeps vowels together along the center row and reduces finger movement. So QWERTY is just the standard not really the most efficient. More bars on your mobile phone mean better service The bars indicate signal strength, not the quality of available service. If many people in the same cell are calling, texting, going online or gaming, service may be intermittent, slow or even unavailable. Like at an event or at the mall. Private or incognito browsing mode keeps your computer activity anonymous

SEE ALSO: Smartphone vs coronavirus, is privacy always going to be the loser?

Your girlfriend might not see what you are up to, but your Internet Service Provider or the sites you visit sure can. That’s how sites like Amazon can post specific ads targeted at you, on the sites you visit. Always assume your spouse, mom and God are watching over your shoulder when you go online. Charging a phone overnight harms the battery Old school cell phones definitely used to be affected by overnight charging, possibly resulting in their overheating or degrading life cycle. But new smartphones, with lithium-ion batteries are advanced enough to stop charging when the battery is full. Would you believe the number of people who think you have to run down your smartphone battery completely before you can charge it? You really don’t have to. Also, don’t freeze your phone to extend battery life. Airport x-rays hurt stored memory on phone or laptop This is a holdover from when people had film cameras, and the x-rays actually could damage the film. But they won’t bother a hard drive. A giant magnet could though, so make sure to keep your phone and PC out of the MRI machine when you’re getting a brain scan.

SEE ALSO: How a tech firm reopened its factory

Better specs mean better devices You are often tempted to just throw money at the top model and save yourself the mental gymnastics over specs and features. We think the fastest phone will make it last longer, or that the computer with the most memory and storage will run faster. In reality, top-of-the-line specs don’t guarantee that your phone or computer will work any better for you than one with more modest features. Smartphone companies slow down existing phone models when a new model is released This trick is known as ‘planned obscolescence’. The process happens naturally, so it is really unlikely that manufacturers slow them down on purpose. As those new phones are released, they come with more memory, better screens, faster processors and other specs that, in general, you shouldn’t care about. That is unless developers start building their apps around them. When they do, they optimise their apps for the newer devices, leaving your older ones in the dust. So as apps are updated to make use of all of the features on those new devices, they seem to slow down on older phones. Using a cell phone at a gas station pump is a fire risk Despite warning signs on gas pumps, there are no verified reports of a cell phones igniting fuel vapor when a car is being refueled. Don’t smoke at a petrol station and don’t slide into your car seat while the fuel is flowing to avoid static electricity sparks that might cause a fire. But other than that, phones pose no real danger. Cell phones cause cancer Cell phones emit electromagnetic radiation in the form of non-ionizing, radio frequency waves. To date, the only known side effect of these waves on people is that they can generate a small amount of heat in the portion of the body closest to a phone that is in use. As for cancer, that has not been confirmed yet. One medical study found that a lengthy call will cause the side of the brain closest to the phone to metabolize more glucose than the opposite side of the brain. Any possible health effects from this finding are unknown. Computers must be shut down after use Modern computers have power management systems that prevent you from having to shut down your computer, on the pretext of efficient functionality. The World Wide Web and the Internet are the same thing The two are incorrectly used as synonyms. The Internet is an electronic infrastructure that connects different networks so they can share information. The World Wide Web is one such most known network. [email protected]

Explainer: How to differentiate between real and fake face masks