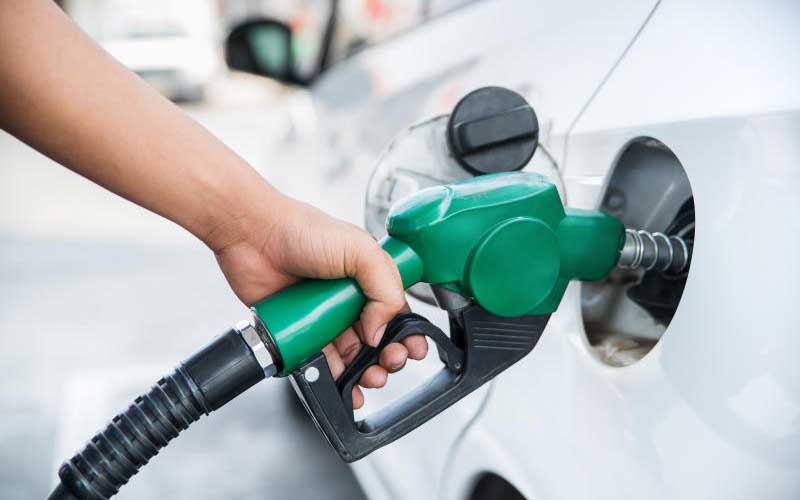 Consumption of energy across the country went up last year despite increases in the cost of fuel and electricity that was greeted with uproar.

In September last year, the Government slapped Kenyans with Value Added Tax (VAT) on petroleum products – initially charged at 16 per cent but later revised down to eight per cent – which saw the cost of fuel reach historical highs.

A review of the electricity tariff that took effect in August also resulted in higher cost of power for some power consumer categories.

Despite the price increases, consumption of super petrol and diesel in the subsequent months shot up, having only declined in September.

Only kerosene usage dropped, following the implementation of levies, including anti-adulteration levy of Sh18 per litre, resulting in its price being at par with that of diesel.

According to data by the Energy Regulatory Commission (ERC), diesel consumption in the three months to December 2018 increased 23 per cent in comparison to a similar quarter in 2017. Diesel uptake increased to 203,533 cubic metres between October and December 2018, shortly after VAT on petroleum products kicked in, compared to 164,  509 cubic metres in the fourth quarter of 2017.

Kerosene consumption halved following the anti-adulteration measures that were put in place.

ERC sees the drop in consumption of kerosene as a success in the fight against adulteration - mostly of diesel, whereby unscrupulous players have in the past mixed it with diesel to push up volumes but with disastrous results for motorists.

Higher prices of kerosene have, however, hit hard low-income households that use it for lighting and cooking. They currently find themselves with limited options, with charcoal, another dirty fuel traditionally available to them but not out of reach following the ban on logging.

The fuel prices reached historical highs after VAT on petroleum products kicked in September 2018, but was later reduced to eight per cent with the effects of giving a slight reprieve to Kenyans.

VAT Act, 2013 imposed VAT on petroleum products but was suspended for two years, with the Government then feeling that the charges would make life unbearably difficult for Kenyans. The suspension was extended by another two years in 2016, and lapsing mid last year.

When it became effective, the price of super petrol reached Sh127.8 per litre in Nairobi while that of diesel retailed at Sh115. Kerosene reached Sh97.41 but later crept up after the introduction of the anti-adulteration levy. Prices have however been on a decline on account of reducing oil prices in the global markets and super petrol is currently retailing at Sh100 per litre in Nairobi and Sh96 for a litre of diesel.

In the six months to December 2018, Kenya Power said electricity consumption went up five per cent, with Kenyans buying 4,071Gigawatt hours (GWh) compared to 3 862GWh over a similar period in 2017.

The higher consumption played part in growing revenues for the electricity company, which grew 21 per cent to Sh56.9 billion over the six months compared to Sh46.9 billion in 2017. The higher revenues were despite a tariff review that pushed up prices for some of Kenya Power’s customer segments.

While there was a general growth in power consumption, the domestic consumer segment posted a decline in consumption. Power users under the domestic band, numbering over 6.7 million, used 1,117GWh over the six months to December 2018 compared to 1,166GWh over a similar period in 2017.

Kenya Power attributed the drop to a reclassification of the power users that resulted in some of the domestic users being migrated to the small commercial category. These, according to the firm, were large consumers and in many instances operated small businesses for their homes and numbered over 40,000.

Consumption by domestic users is in comparison to 2,197GWh by commercial and industrial consumers, who at about 4 000 accounted for the lion share of power consumed.

Consumption by this segment is about double what the domestic consumers used. Small and commercial customers, which received the 40,000 new users following the reclassification consumed 757GWh.

Kenya Power said it expected growth in the domestic consumer category following the expansion of the lifeline category.

Immediately following the tariff review, the lifeline category covered households consuming up to ten units per month but it was later reviewed to include homes using up to 100 units.

The lifeline category offers users a subsidised rate of Sh12 per unit compared to Sh16.50 paid by other domestic users. it is aimed at cushioning low-income households from the high cost of power.

“We project improved revenue growth in lifeline tariff band owing to increased purchasing power (those consuming under 100 units per month under domestic customer segment) due to the removal of fixed charge in the newly revised tariff,” said Kenya Power.

Data from the Kenya National Bureau of Statistics shows that power prices have in the recent months risen to a high of Sh4,560 in February among households consuming an average of 200 units per month.