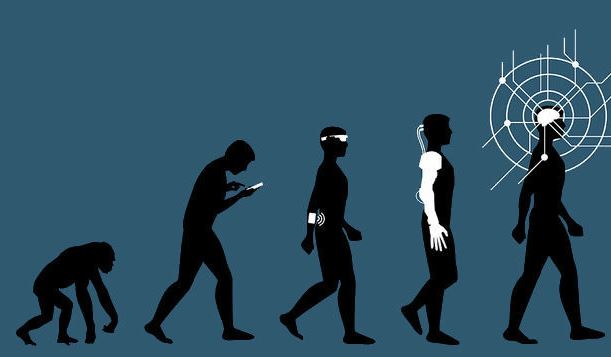 Picture this:  You are a start-up office.  Your colleagues are having a heated debate on whether AI  will replace us and how it will soon be the greatest  jobs engine in the world. You nod awkwardly and try to play along, managing to churn out a brief mention of Elon Musk and Tesla as you look up the definition of “artificial intelligence” on your phone. You try to translate it into layman’s English without luck. Does this sound like you?

You need not worry because AI is easy to understand and requiring no prior knowledge you can comprehend it and how it affects your life.

What is AI? AI as a concept refers to computing hardware being able to basically think for itself, and make decisions based on the data it is being fed. It performs tasks usually limited to humans. Translation: Some things you used to have to do yourself, or call someone about, or visit a physical location for help with, can now be easily done by a computer. Think Siri or Google Now and Cortana as examples.

Will Artificial intelligence take over the world? Myth: Robots will dominate people, and we’ll be under the command of artificial intelligence! Contrary to what we see in sci-fi and movies, AI can’t be evil. That’s just a human concept. AI can do ineffably horrible things, but it doesn’t do them out of sheer wickedness but simply because that’s what it has been programmed (intentionally or accidentally) to do. Stephen Hawking explained this concept recently in an AMA on Reddit. “A super-intelligent AI will be extremely good at accomplishing its goals,” he said, “and if those goals aren’t aligned with ours, we’re in trouble.”

Does Artificial intelligence have human characteristics? Yes, it’s able to perform almost all of what we can do for a certain job, but it doesn’t mean it also possesses human qualities and characteristics. Undoubtedly, there are programs presenting a bit of emotion and personality, like iOS Siri and Amazon Alexa, but they’re only wired to respond in certain ways. It’s not organic.

Will AI replace human jobs? Probably. But it’s not necessarily a bad thing. Yeah, I know you’re a special flower and everything, but the work you do is either already automatable or will be very soon. So how soon are we talking? Most jobs will be done by robots within 30 years, says professor Moshe Vardi of Rice University, leading to unemployment rates greater than 50 per cent. That might sound bad, but many academics studying the field believe that technological unemployment will open the door to a future where work is something people do for pleasure, not out of necessity

How does AI affect you? AI sounds futuristic, and scary, which it is, at least in terms of the amount of personal data in play. But AI can also save people considerable time, money and error margins. Also it’s likely already a much larger part of your life than you realise.

Exhibit A: When we are using a feature such as the portrait mode effect while shooting a picture, we never consider that AI might be behind that too. Have you ever thought how Google Pixel 2 can capture such great portrait shots with just a single lens? The answer is artificial intelligence.

Exhibit B: Whether you are using Spotify, Netflix, or YouTube, AI is making the decisions for you. You might feel that you are in total control but you are not. And as it is with everything, sometimes it is good and sometimes bad. For example, I love the Discover Weekly playlist on Spotify as it has introduced me to several new artists to whom I wouldn’t have been introduced to if not for the AI gods at Spotify.

Exhibit C: Whenever you use a traffic or GPS app to navigate your way to work or a friend’s house, AI has a hand in the route it suggests, using an extensive amount of data from smartphones about speed, routes and traffic incidents. When you are calling an Uber, both the pricing and the car that matches your ride request is decided by AI.