Cytonn: Average price- to-rent ratio in Kenya is lower compared to bubble periods in places like US 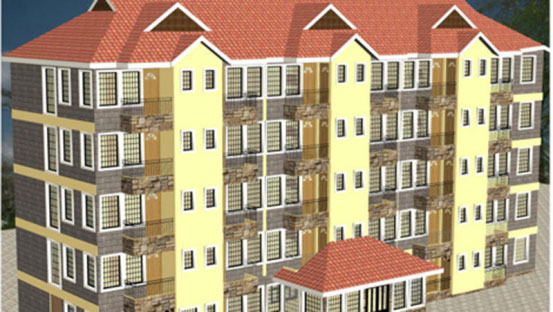 NAIROBI, KENYA: Kenya’s real estate sector experienced a slowdown in 2017 owing to the extended electioneering period and continued cash crunch due to the interest rate cap.

According to Cytonn’s Annual Market Review for 2017, lending to the private sector grew by 2.4 per cent as of October 2017. This was a sharp contrast to the cumulative annual growth rate of 14.4 witnessed during the last five years.

The results of the decline were evident in the reduced value of building approvals in Nairobi that declined by 18.4 per cent between January and July 2017.

The residential market was hard hit as it recorded a 2.6 per cent points lower than the 12.9 per cent total returns recorded in 2016.

"There was a slowdown in sales volumes due to the wait-and-see attitude adopted by investors during the electioneering period. High land and construction costs had an effect on the business," said Johnson Denge, Cytonn’s senior manager for regional markets.

However, it was not all gloom as rental yields increased marginally year-on-year, attributable to the increase in average occupancy rates indicating sustained demand for rental units.

According to Cytonn, the sector faced other challenges such as high land and construction costs. This, however, did not stem the tide of releasing more residential units in the market. The high volumes had an impact on the prices.

The scenario made some developers apprehensive as house prices grew by an average of 0.8 per cent in 2017, compared to a 1.8 per cent growth during the same period in 2016.

With a glut in the market, some wondered whether this was a sign of the bubble about to burst.

Cytonn, however, refuted the "myth" saying the average price-to-rent ratio in Kenya is lower compared to bubble periods in places like the United States.

Currently, the country has a deficit of two million housing units,against an annual demand of 200,000 units. Developers are producing only 35,000 homes annually.

A real estate bubble bursts when supply exceeds demand and credit is so cheap that just about anybody can afford it. Cytonn says we are yet to reach a plateau between supply and demand.

"Housing demands are supported by the rapid population growth. A real estate bubble more often than not results from a credit-driven market, resulting in a burst as households are overridden by debt beyond their property’s value," says the report.

However, Cytonn says that in a country where mortgage accounts were reported to have decreased by 1.5 per cent by December 2017 to 24,085 from 24,458, no bubble will burst anytime soon.

The Annual Market Review concluded on an optimistic note with a better performance expected in the lower-mid level residential segment.