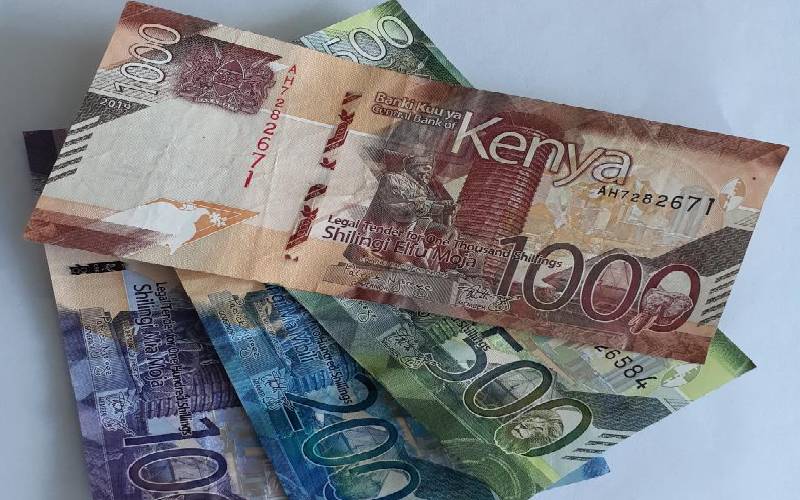 Banks posted a profit before tax of Sh53.9 billion in May, a drop of 23 per cent compared to the Sh70 billion they made during a similar period last year, new industry data shows.

As a result, the return on equity (ROE), a profitability ratio investors use to measure what shareholders receive for every shilling they invest as equity in a bank, dropped to seven per cent from around 10 per cent last year.

The reduced profitability was largely due to the negative effects of Covid-19, which has seen a lot of banks set aside billions of shillings as insurance against the possible surge in bad loans.

Bad loans, technically known as non-performing loans (NPLs), rose by Sh40 billion during the period under review to Sh378 billion. As a percentage of total loans, NPLs were at 13 per cent compared to 12.9 per cent in May 2019.

However, the NPL ratio declined from a high of 13.1 per cent in April, the month when almost all economic indicators blinked red in the first month that the government imposed stringent measures to curb the spread of the virus.

According to an analysis of the recently released half-year results, all of the country’s top eight banks registered reduced net profits, as they increased their loan loss provision by almost four times in a bid to erect a strong buffer against a possible surge in bad loans.

Loan loss provision in the period between January and June rose from Sh10 billion to Sh39 billion, as lenders moved to insulate themselves against possible defaults by distressed borrowers.

Kenya’s largest bank by asset size, KCB, saw its loan provisioning increase by 266.7 per cent to Sh10.9 billion. Equity Bank, the second-largest lender, on the other hand, increased its loan loss provision by more than eight times to Sh8 billion.

The increase in loan loss provisioning negatively impacted the banks’ bottom line, with all the tier one lenders virtually registering reduced profitability during the period under review.

The eight banks combined made a net profit of Sh34.8 billion by end of June, a decline of 33 per cent from a profit after tax of Sh52.7 billion that they made in the same period last year.

The increase in provisioning is largely due to the change in loan terms, with official data showing that banks had restructured loans valued at Sh844.4 billion by the end of June, as borrowers distressed by the pandemic sought some relief in debt repayment, mostly through loan rescheduling. The value of restructured loans was almost a third of the total banking sector loan book at Sh2.9 trillion.

This was in line with the emergency measures announced by the Central Bank of Kenya on March 18. Other measures included suspending the listing of defaulters affected by the pandemic at the credit reference bureaus.

Data from the Kenya National Bureau of Statistics (KNBS), the country’s official statistician, showed that close to 1.7 million people lost their jobs due to the stringent containment measures aimed at curbing the spread of the disease.

This saw a lot of economic activities disrupted, with the hospitality industry being the hardest hit.