Nakumatt come back uncertain after shut down of three branches 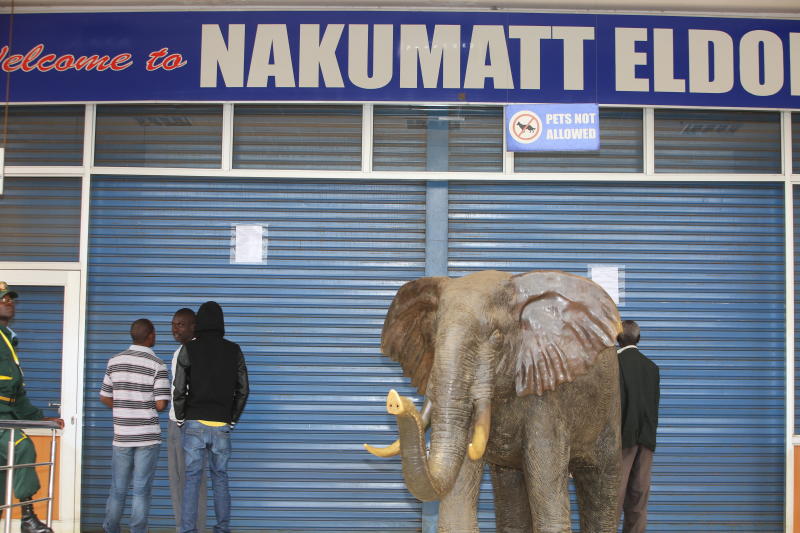 For those who expected Nakumatt to miraculously rise from the ashes of insolvency, closure of three of branches last week is your answer.

All that the retail store now awaits is for the plug to be pulled after the Lavington and Prestige branches in Nairobi as well as Kisumu branches were shut down.

From more than 50 branches, Nakumatt is now left with Nakuru and Nairobi’s Highridge and Mega branches, even as new entrants into the Kenyan market continue to disrupt.

Once the retail store of choice in the region, Nakumatt remains a pale shadow of its former self after huge debts wiped down its coffers, leaving it bankrupt.

So far, Nakumatt has been hanging on a loose strand, a change in the law that allows a company to be taken through a caretaker before being taken down. Thanks to the new Insolvency Act, 2015, a broke Nakumatt was not liquidated but placed under a court-appointed administrator, in a move aimed at getting creditors maximum benefit.

However, this might also change. Proof of financial distress is now enough for suppliers to force liquidation of a company put under administration.

This is after an amendment was made on the Insolvency Act, giving specific conditions under which a moratorium against liquidation for a company under administration can be lifted.

However, courts can now look at, among other conditions, “the impact of the approval on the applicant particularly whether the applicant is likely to suffer significant loss.”

“Moreover, the proprietary interest of the applicant of the company takes precedence over those of the company,” reads part of the Bill proposing the amendments.

Distressed creditors now have an opportunity to seek for the liquidation of the company. However, it will be difficult for all of them to recover their money, Nakumatt’s liabilities are more than its assets.

Nakumatt’s court-appointed administrator, Peter Kahi, was in March given another shot at sorting out the mess at the troubled retailer following a year of frustrations by creditors.

The creditors who are owed close to Sh36 billion by Nakumatt, shot down Mr Kahi’s proposals.

Few companies in Kenya have been able to come out of bankruptcy. Retail store Uchumi Supermarkets and airline Kenya Airways (KQ) easily come to mind. Once on the cusp of bankruptcy, the two firms miraculously roared back to life when the odds were stacked against them.

But if Nakumatt was to make a come-back, it would find itself in a different market, one in which even its local peers are finding the going tough.

Despite the locally-owned retailers having established long-running relationships with the suppliers including farmers, they have not been able to match newer entrants on pricing. With prompt payment by foreign retailers such as French Carrefour and Shoprite they have been able to push for friendlier pricing while negotiating with suppliers .

According to our sister publication, Financial Standard, with the going getting tough for local retailer Tuskys, which has the biggest number of outlets, it has been forced to search for additional working capital that should enable it slash the payment period. Sources have estimated that the retail store is looking for at least Sh1 billion.