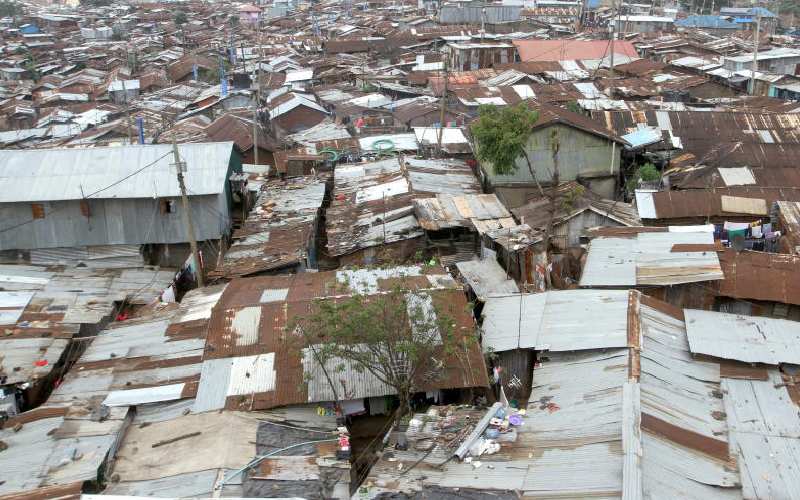 Some people have vouched for the need to provide a basic income for all to solve many problems around the world. In Kenya right now, the country is under lockdown from 7pm to 5am, and there is no doubt that such drastic measures will help to stop the spread of Covid-19. Even harder for Kenyans, being warm and sociable people is the need for social distancing to keep the disease at bay.

Although these measures are crucial to stop the spread of the virus, they lead to fewer means for the poor to engage in small and micro business activities, and hence a loss of their meagre incomes.

Poor people are poor not because they are lazy. Far from it. The poor generally work long hours for tiny rewards. They must not be punished for that and so the police must be stopped from beating people at random for not observing curfew hours. Poor people must be helped, not punished.

Around the world, some have proposed radical changes to the public sector, as it has been noted that the virus has led to increased debt and potential bankruptcy.

“They will not be saved by tax breaks and more credit; they need people to be able and willing to buy their goods,” says Guy Standing on a UK website. Mr Standing further argues strongly in favour of a basic income for everyone.

I have analysed elsewhere the pros and cons of a basic income, but there is no doubt that giving poor people extra financial resources will bounce back immediately into increased consumption, of which most will go to the private sector. This is better, much better than merely giving corporate tax breaks to the tune of one trillion dollars as done in the USA.

The result was a boom in the stock market as companies bought their own shares, further enriching the already rich. More recently, the USA has decided to inject a further $2 billion (Sh212.2 billion), and this time with opposition support.

As a recent article in The Standard revealed, in its draft 2020 Budget Policy Statement, the Treasury noted that 10 million Kenyans live in slums, which translates to 21.2 per cent of the 47 million population as per last year’s census.

Nairobi leads with 36 per cent of its population living in slums. According to the census data, the county has a total of population of 4.39 million people, which means over 1.5 million people live in the city’s informal settlements.

My main objection to a basic income for everyone is the cost. Supposing even a modest sum of Sh1,000 is given to each of the 10 million slum dwellers in Kenya per month for three months – the expected duration of the Covid-19 pandemic by some estimates.

That would result in a total cost (excluding delivery costs) of Sh30 billion, including mobile transfer fees. These figures must be put into context.

Kenya’s accumulated national debt as of July 1, 2020 will be Sh630 billion, while the World Bank and IMF have announced that they will give Kenya Sh130 billion for virus and locust amelioration. I am not saying that all this money should be used for a slum basic income, but it does give an idea of orders of magnitude and shows my proposal is feasible in terms of money.

To be worked out is a cash delivery mechanism. It might be implemented straightforwardly by sending money via mobile transfers to everyone who has registered their phone in a slum area. But not absolutely everyone has a mobile phone and a supplementary mechanism may be necessary – or just give people without such phones a cheap one.

Some have suggested, as occurs in refugee camps, that we distribute food and medical supplies to the poor. This could be done with a combination of institutions such as the Red Cross, the World Bank, international aid bodies, the private sector and government.

All well and good, and this should be further encouraged. But regular cash brings immediate benefits and brings the additional benefit of stimulating the local economy for those poor souls who are really stuck right now.

In the Kakuma refugee camp, 66 per cent of the refugees have smartphones, and Equity Bank already has a system for distributing credit for food funded by the United Nations High Commissioner for Refugees.

Yes, some may be used for criminal or socially abusive activities. That cannot be avoided, unfortunately, although cash transfers would help prevent criminality, providing a signal that the government really cares. Cash is king, and most of the money will go through useful outlets and help the poor in the slums significantly. ?

Dr Hopkins is an academic and businessman