There will be two triumphant entries to the agricultural town of Eldoret, christened the City of Champions, tomorrow.

First, athletes battling for top honors at the Eldoret City Marathon will be starting off Palm Sunday with a tough race which will see winners in each category earn Sh3.5 million prize money.

Elite athletes, racing alongside upstarts and marathon debutants, will finish their races at Eldoret town Central Business District (CBD), near the Zion Mall.

Secondly, Christian faithful will be thronging churches in the town to mark Palm Sunday, an annual event that commemorates Jesus Christ’s triumphant entry into Jerusalem; perhaps after the race.

There will be an interesting mix of athletes racing for victory and Christian faithful doing processions characterised by waving of palms.

The Eldoret City Marathon Local Organising Committee (LOC) said all churches in town were notified of closure of roads in tomorrow’s race for motorists.

“The LOC has written to all churches, notifying them of disruptions of transport into and out of town during the race. Motorists will not be allowed in town until the race is over,” the organisers said in a report earlier this week.

With the lifting of Covid-19 restrictions that kept thousands of athletics fans far away from cheering areas along the course, more athletics enthusiasts are expected on the streets in the fourth edition of the marathon tomorrow.

Race chairman Andrew Chelogoi said a huge number of athletics fans from the North Rift, a region that has produced the highest number of medallists in global championships such as the Olympics, World Championships, World Under-20, African and Commonwealth Games among others, are expected to cheer participants.

“This is an election period in our country and a number of politicians may want to address their supporters after the marathon. Our security team will ensure that order prevails,” Chelogoi said.

He said crowds near the finish will be effectively managed by the police, a private security firm and Uasin Gishu enforcement teams.

Last year, during the third edition held on June 6, a huge crowd gathered at the TAC centre grounds near the finish line to cheer athletes, despite the Covid restrictions.

As it has been a tradition, athletics enthusiasts who will be in and out of town will follow the action live on KTN, from entertainment joints in Eldoret.

Yesterday, the Eldoret Sports Club – the nerve centre of the race’s preparations was a hive of activity as athletes and their representatives picked their BIB numbers in readiness for the event. 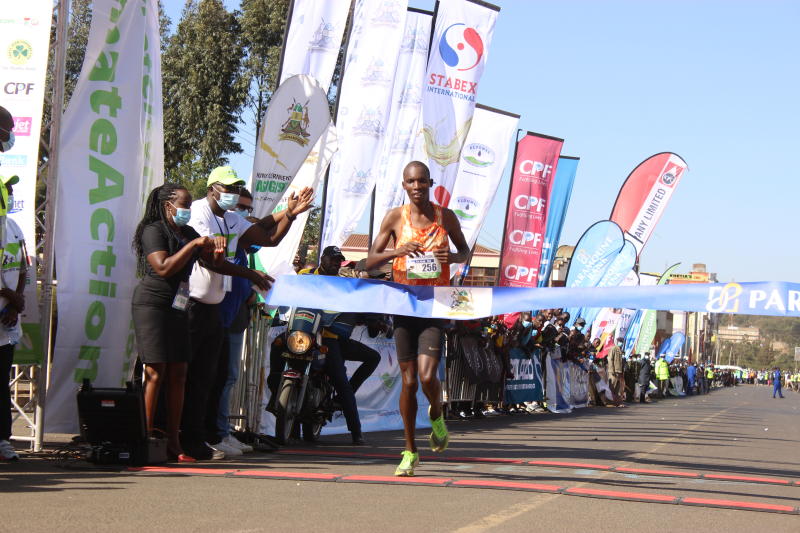 MPs shouldn't let voters down on vetting of CSs
Opinion
By Editorial
40 mins ago
Florida deaths rise to 47 amid struggle to recover from hurricane Ian
World
By Associated Press
1 hr ago
Man City thrash Man United 6-3 thanks to stunning Haaland and Foden hat-tricks
Football
By Associated Press
1 hr ago
Former MP urges Nyanza to work with President Ruto
Nyanza
By James Omoro
1 hr ago
.