Few arguments that publishers and editors will never win 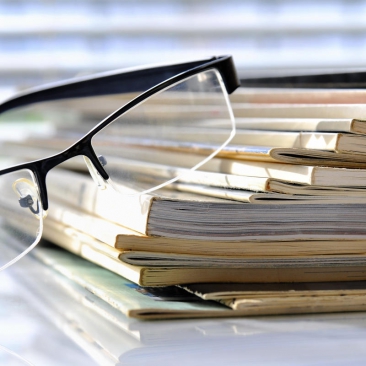 NAIROBI: I do not know if you are aware that the Kenyan state has succeeded in teaching a massive chunk of its population to be snail-shy with their views, but Kenyans must soon learn that some people still do not care one bit about such sterile injunctions.

It is even contradictory. In commenting about national politics (or your own tribe), you are supposed to wear a head-covering and a kanzu of decorum stretching from your neck all the way to the toes, lest you be labeled an ethnic bigot (or a Judas Iscariot).

But when the issue is public money, you are signaled to get rid of even your tiniest bikini because it is a huge burden. You are urged to perform a nude ritual dance before plunging both arms into the honey-pot. It would not surprise me if many of us did not realise how useless and dangerous the public injunction can be, especially in tackling the fish-god called publisher, and the young editor-fingerlings which he carries inside his mouth.

Washing the feet of Judas

It is urgent because Kenyan dailies these days devote a whole gulf of the lake space to bad-mannered publishers and dull editors who – merely by paddling in their ungainly boats – think they are mending broken literary hearts. I think it is colonial because you hardly show us what the other side thinks. If the so-called mender of hearts meets tirade and anger from the other side, he moves on after telling only his spouse.

We did not initially know it, but it should now be clear that the second biggest stumbling block to the growth of Kenyan literature – second only to State House – is the Kenyan publisher. A majority of these publishers (especially those headed by youngsters) make you laugh.

The universe of locust feeding on the grass of Kenyan literature is presided over by a clueless generation of publisher CEOs that is probably a hundred times more traditional than the old people they usually accuse of this disease.

I know of beginner-writers who several times weave their fists and pound editors for publishing authors’ names. I used to think such accusations were informed by impatience and lies, until I recently read this from one of the most forward-looking publishers Kenya has ever known: “Unfortunately, much of Kenyan writing is shallow except a few familiar names... Characters in most Kenyan novels are completely undeveloped; predictable and downright boring. They are also aloof, things happen to them but they don’t get broken or ecstatic in a way that moves the reader.”

I cannot help you if you are the type that doubts the truth of the publisher’s wise counsel. But truth is not the issue right now. What is interesting is this: that the publisher is referring to ‘Kenyan writing’; to actual, published books which he has read. I initially thought he meant ‘manuscripts’ until I read the word ‘novel’. And then I chuckled because the question effectively shifts to how those ‘predictable and downright boring’ books got published in the first place. The reason is obvious – names.

There is no honour in harming a publisher who has drowned himself in the lake of his own logic. The best an ‘impatient writer’ can do is sit and laugh. It is not any more laughable than the chilling wind of irony which blew on our faces at the 2014 National Book Week Exhibition where the headmaster of all publishers and their over-excited editors shocked us with the news that most Kenyan publishing editors are unqualified.

Of course we also thought so, given the kind of sloppiness which confronts you on the pages of a Kenyan novel. But most of the editors I have recently met do not look at all unqualified or sloppy. Their linguistic skill is not in doubt. They exhibit culture in their mannerism, and could probably leave behind them sterling performances as diplomats and Cabinet Secretaries for Foreign Affairs.

I suspect that if these people lack anything at all, then it is a minor re-training in keenness, which a truly competent publishing house cannot begrudge a blundering employee. I stick to the old argument that a publishing editor who has passed her interview is no longer ‘unqualified’; the CEO who already knows the shortcoming of the new employee, but who refuses to retrain, is.

What may prevent such a CEO from developing his staff is that the skinflint ngudi in him is as alien to employee progress as a fish has never seen an ember of fire.

You also soon discover that the publishing editor’s cultured look is a false impression more misleading than the hyena who wore goat-hooves to lure the kid-goats into opening the door.

When he begins telling you how he feels unappreciated as a contributor to the final, published book, the bereaved mourner deserves two new handkerchiefs from you.

The craving for fame makes the sulking man shiver with the rage of entitlement and grief, the way I used to if you stepped on the bull I had moulded with soil in my childhood. And such dishonest desire to reap fame where you know very well you did not sow is against all rules of culture.

Of course, it is never odd to acknowledge that an editor helped guide the plot of my novel. But, looking at Mary’s face after receiving the news of Jesus’ death, what you are not very sure about is how much porridge the baby wants.

Seeing such furrows of sad entitlement on your forehead, what do you think will prevent me from concluding that you intentionally left a bloodbath of typographical mistakes in my book? The fame which these people accuse authors of nakedly chasing after is the same one the editor wants to pickpocket through the back door.

The publishing editor is just that – a ‘fame parasite’. When you meet him, swollen and bouncing along Kimathi Street, he wears the same Giver-of-Literary-Life air loaned to him by his employer. With his dimples, he smiles and winks at you like Shakespeare’s “blinking idiot’.

Hakuna! I did not prevent a publishing editor from sitting down and writing his own book. Let these people try being parasites elsewhere inside the stomach of cows.

What ruins it even further for the Kenyan publishing editor are the kind of moralistic injunctions which our young friends utter in this age, with the intention of brow-beating the young writer, but which we all associate with Kenya of the single party era.

The editors are young people, but their editorial edicts bear the stench of distant, chon gi lala universe of our African oral narratives.

We have recently read things like these: “Do not antagonize your publishing editor”. How do you expect upcoming writers to not throw tough questions at an editor who sulks that I carry him in my mythical pouch of fame as if he were a joey?

People looking for this kind of motherly warmth should try a certain continent called Australia. The Kenyan writer must learn to ignore very fast such dull demands barked at them from the mouths of carnivorous publishers and editors.

Woman revenges on cheating boyfriend by sleeping with another man, recording it and sending to him

They say that hell hath no fury like a woman scorned, and this hilarious video proves that they may just be right.