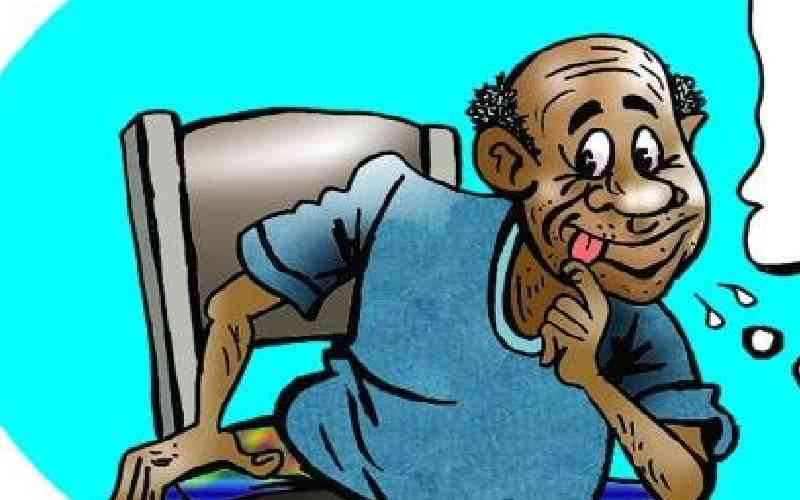 Six days after Gitegi went to the ballot, the electoral body announced that they had decided, by consensus, the winner of the polls. Rumour indicated that Inky Pinky Ponky was the method that the commission used to determine the winner, who was due to be announced Monday evening.

Crowds gathered by Harold Assemblies of Holy Associates (HAHA) church to wait for the chief commissioner to announce the results. There was a flurry of activity at Sue’s, as there was in the brown house, Harold’s house which has been a seat of power since the village became a democracy, nay, an autocracy.

As you might know by now, as the commission sat to complete the tallying, different political factions gave their independent tallying, each claiming to have taken the victory. Harold was more pragmatic, feeling that the chief tallying officer, yours truly, would be more than willing to steal votes for him.

But yours truly is also Sue’s relative (she is my ex-aunt) as he is related to Clarissa, Sue’s running mate.

On Sunday, the third horse called a presser and announced that he had conceded defeat. He did not in any way fear a loss; he was being careful because he knew a conflict of interest would be key among issues presented in court should he win. He was, in all honesty, going for the win by the time the commission had tallied 143 per cent of all the votes cast.

“We ask the commission to speed up their tallying. I have offered two calculators which shall be used in the process. We hope that the commission will not be intimidated and will announce Sue as the rightful winner,” said the quitting third horse, and this statement cost me dinner at Harold’s.

On Monday, we told the village to be calm because we were to announce results any time from six in the morning.

Villagers sat in small crowds everywhere, waiting. While we pretended to be tallying, we played important games such as snakes and ladders, Sudoku, and mchongoano, the classic banter game that, for some of us veterans, means a lot, literally.

By midday, the village was so tense because we had extended their wait almost beyond their elastic limit. But Harold’s lieutenants were walking with heads held high, already celebrating their victory.

They chest-thumped, claiming that they were ready to form the next government, which was the current government, which, by any standards, is a horrible government. We then made an announcement that all stakeholders meet at HAHA, and they filed in. Sue was the second candidate to arrive; yours truly, the first horse, had made entry earlier as the head of the electoral body.

An hour later, Harold had still not made his way into the hall.

“In spite of all the intimidation, I stayed true to the game of Inky Pinky Ponky and can now announce the winner,” I said. The room was quiet, the remaining mchongoano that was floating in the air fading away. “The winner is Sue!”

There was rapturous applause across the room as Sue ambled to the front, supporters in tow.