By Gilbert Kimutai | 2mos ago 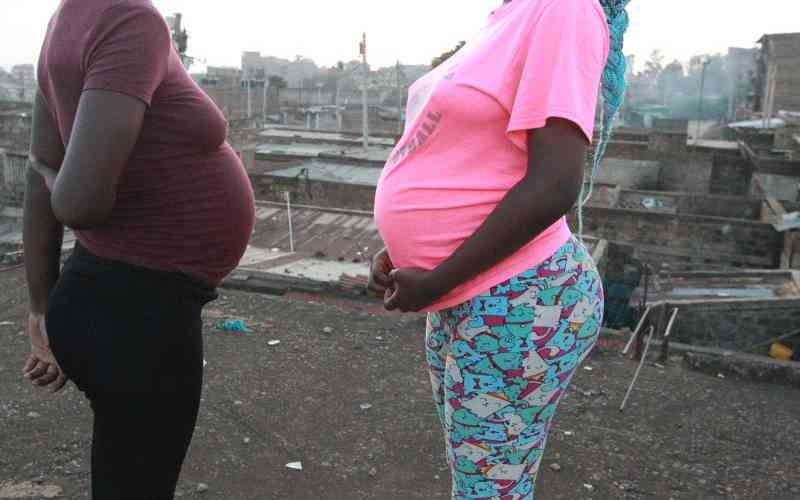 A viral tweet claiming 17 girls in Bomet County have been impregnated by an unknown young man is false.

The allegations caused a widespread outcry with locals demanding action.

The allegation had it that the girls among them a chief’s daughter and his wife were among the impregnated.

The tweet was first posted by a tweeter user by name @OmwambaKe.

“Meanwhile, a young man from Bomet County has been arrested for impregnating 17 girls including a chief’s daughter and a sub-chief's 3rd wife,” read the tweet.

The tweet was widely shared on WhatsApp platforms causing a buzz. 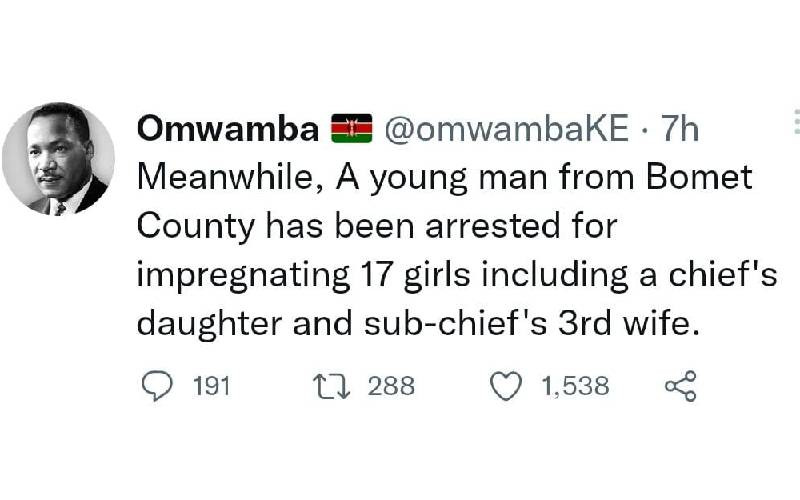 Irate users baying for the young man’s blood demanded of the police to name the station where the suspect was being.

The Standard Fact check contacted police sources within the five sub-counties and established that no such arrest had been made or reported.

Bomet County police commander Esther Seroney said although cases of defilement are on the rise in the county, the alleged multiple impregnations yarn was the work of an attention-seeking social media user.

While advising members of the public to ignore the claim, the police boss said this was the second time such a claim was cropping up.

“I want to authoritatively confirm that we do not have such incidents in any of our regions and please ignore them,” she said.

“You can see the outcry the allegation has caused and social media users should watch what their action,” said the county police Commandant.

Verdict: The Checkpoint rates this claim as FALSE.

Hockey: Strathmore University cement top spot after win over Lakers in Kisumu
Hockey
By Washington Onyango
31 mins ago
Premium Girls threw panties at me my first time on stage
ENTERTAINMENT
By Boniface Mithika
36 mins ago
CBC has too many challenges; let us try holistic education
Opinion
By Wilson Sossion
58 mins ago
Kayole couple in court for stealing day-old baby
NEWS
By Lilian Chepkoech
1 hr ago
.

By Wilson Sossion 58 mins ago
CBC has too many challenges; let us try holistic education