Kisumu Central MP Fred Ouda yesterday joined the list of nomination losers after he was beaten by businessman Joshua Oron in a tightly contested poll.

Ouda became the first and the only MP in Nyanza to lose in the nominations as the party concluded the exercise in Kisumu County. Oron garnered 6,842 against Ouda’s 5,362 votes.

In an exercise praised by most aspirants as free and fair, some incumbents who were seeking the nod to contest again on ODM tickets won their respective races.

There was, however, a mixed bag of fortunes for ODM leader Raila Odinga’s family after two of their kin lost in the primaries. Elijah, the son of his brother Oburu Oginga, and their brother-in-law George Abwajo lost their bids for Kisumu Central parliamentary seat and Market Milimani ward contests respectively.

Elijah performed dismally and garnered 174 votes against Oron’s 6,842. He was number four in the race.

In the race for Woman Representative, however, former deputy governor Ruth Odinga was declared the winner after garnering 23,655 votes. Her closest opponent Rose Kisia garnered 13,999 votes.

Yesterday, Ruth said her efforts to transform the lives of Kisumu people earned her another chance to lead them after they trusted her with the ODM ticket.

She said that the people had exercised their right to elect the leader they wanted and believes the exercise was done well by the Orange party.

“The party has done a good thing by allowing the people to elect the leader of their choice,” said Ruth.

In the parliamentary races, two sitting MPs won nomination and will fly the party flags. They include Muhoroni MP James K’Oyoo who garnered 4,042 votes against businessman Hezron McObewa’s 3,317.

K’Oyoo hopes to successfully defend his seat in the August 9 polls and is confident his development card will earn him another term.

K’Oyoo praised ODM for conducting a seamless nomination exercise. He claimed that his constituents trust his leadership and is banking his hopes on several projects he has done in his constituency as a boost that will earn him another term.

In Nyakach, sitting MP Aduma Owuor will defend his seat on an ODM ticket after winning the party primaries by garnering 3, 893 votes against his competitor Polyins Ochieng who got 3000 votes. Ochieng, a former MP was hoping to make a comeback into elective politics through the ODM party but has now been sent back to the political strategy table.

In Kisumu East, ODM has settled on businessman Nicholas Oricho to fly its colours as they seek to reclaim the seat from former-party member turned independent Shakeel Shabbir. Oricho won after garnering 4,535 votes against former LSK President James Mwamu’s 2,626. 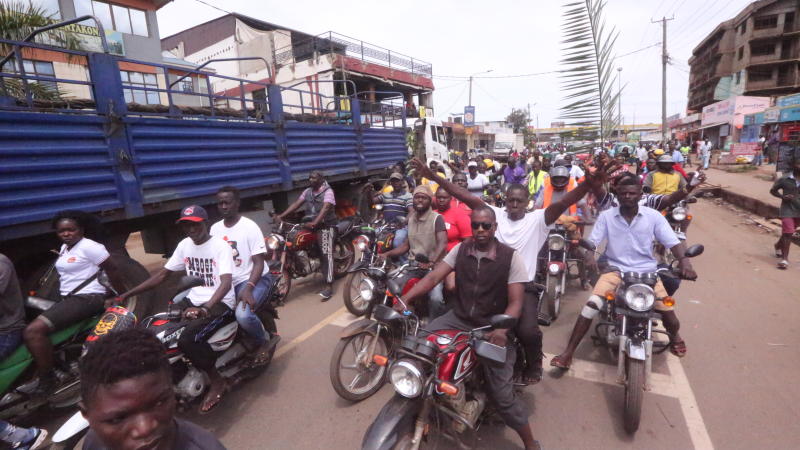