Kisumu parliamentary aspirant Fred Ouda and his supporters were today forced to flee after police fired teargas to break their protests over ODM party primaries results.

Ouda, a first-time legislator, lost the party ticket to Dr Joshua Oron, a businessman and a newcomer in the hotly contested race.

The armed officers confronted hundreds of demonstrators along the Jomo Kenyatta highway.

Ouda and his supporters were standing along the highway waiting to address the media before the police dispersed them.

The crowd had demonstrated in the outskirts of the town during the morning hours before getting into the Central Business District (CBD) chanting anti-Governor Anyang Nyong’o slogans. They also chanted an anti-six-piece slogan saying “No Ouda, No Raila.”

Oron garnered 6,842 votes to clinch the ODM ticket to seek the Kisumu Central seat in the August 9 polls.

Ouda got 5,362 votes, making him the first sitting MP in Nyanza, to fail in the ODM nominations.

Victor Radido was third with 269 votes while Elijah Oburu only scooped 172 votes.

Meanwhile, Kisumu Woman Representative aspirant Ruth Odinga slammed critics who dismissed her candidature saying she was being fronted by her brother.

Ruth served as Deputy Governor at the advent of devolution.

“It is clear from this nomination that the electorates wanted aspirants to go to the election so that they can choose their leaders. I am among the aspirants who had insisted that we go for election rather than get issued with a direct ticket,” she said.

Ruth added: “I am not saying the new system of voting was perfect. Of course we had hiccups here and there are lots of complaints from Mombasa to Siaya counties but it is better than having a consensus to issue a direct ticket.”

She regretted that she was maligned in social media by critics who thought she was a family project.

“Right now they are shocked that I went to the people to seek for votes just like any other contestant. Social media commentators must stop maligning people. I might be the daughter of the late Jaramogi Oginga Odinga and the sister to Raila but I am Ruth,” she noted.

Raila's elder brother was given direct nod to vie for Siaya Senatorial seat. 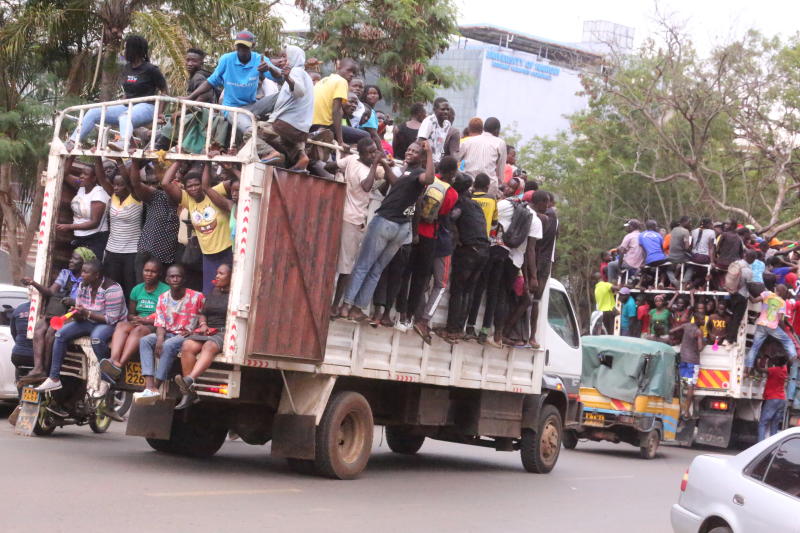