Minority have their voices heard in the dissenting views of judges

By Paul Ogemba | 8mos ago

Just like all democracies where minority have their say and the majority have their way, the Supreme Court verdict on the Building Bridges Initiative (BBI) had dissenting opinions.

Justice Mohamed Ibrahim dissented in four of the seven issues raised for determination.

He however largely upheld the findings of the High Court and the Court of Appeal that the BBI process was illegal and unconstitutional for attempting to dismember of the Constitution.

On the issue of basic structure where six of his colleagues agreed was not applicable to Kenya, Justice Ibrahim dissented.

He ruled that it is applicable and that the four sequential steps of civic education, public participation, constituent assembly debate and referendum must be followed.

Justice Ibrahim also disagreed with the other judges on whether civil proceedings can be instituted against the president while in office for his actions which are in violation of the constitution.

On the issue whether there was adequate public participation in the BBI process, Justice Ibrahim was joined by Judges Philomena Mwilu and Smokin Wanjala in dissenting although their minority opinion of three judges against four did not carry the day.

Justice Ibrahim agreed with the other judges that creation of additional constituencies was unconstitutional.

Justices Njoki Ndung'u and Isaac Lenaola disagreed over the finding that the president cannot initiate a popular initiative.

According to Justice Njoki, the president was not the initiator or the promoter of the BBI.

Justice Lenaola wondered why the High Court and Court of Appeal ignored evidence that it was Suna East MP Junet Mohamed and former Dagoreti South MP Dennis Waweru who were the BBI promoters and not the president. 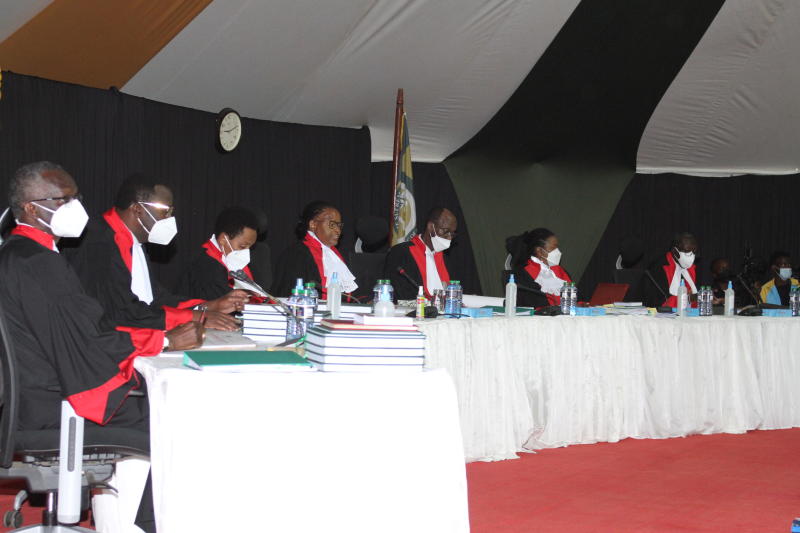 Premium Do not sanitise illegal BBI Bill process, parties plead with court
Opponents of the Building Bridges Initiative have asked the Supreme Court not to sanitise an illegal process to amend the Constitution.
National
By Paul Ogemba By Paul Ogemba
10 months ago
.