In his announcement communicated to MPs by Clerk of the National Assembly Michael Sialai, the Speaker said one of the key agendas that the House had convened for – the Third Reading of the Political Parties (Amendment) Bill 2021 – had been concluded, occasioning the cancellation of the subsequent two sittings.

Speaker Muturi said the other key agendum, the Second Reading of the Public Procurement and Asset Disposal (Amendment) Bill, had been deferred.

“Hon. members, you are notified that, following the passage of the Political Parties (Amendment) Bill, 2021 and deferment of the consideration of the Public Procurement and Asset Disposal (Amendment) Bill 2021, the Speaker has since called off the special sittings of the House of today (Thursday, January 6) and tomorrow, Friday (January 7),” said Sialai in his message to MPs.

The lawmakers will resume normal sittings on Tuesday, January 25 at 2:30pm.

“It is further notified that, if the need arises, the respective sittings of the House will automatically extend until the specified business for each of the three days is concluded,” he said in the January 3 Gazette Notice.

On Wednesday, MPs allied to President Uhuru Kenyatta and Orange Democratic Movement (ODM) leader Raila Odinga defeated their pro-Deputy President William Ruto counterparts, when they voted against all proposals suggested to the Political Parties Bill by their adversaries.

The proponents of the Bill defeated an attempt by the Ruto team to expunge a clause spelling out a period within which parties can enter a coalition. The clause was one of the most contested.

Garissa Township MP Aden Duale had sought to have Clause 8 amendment by deleting a requirement that parties enter coalition at least six months to the August poll.

This implies that parties seeking to enter coalitions will have to deposit such agreements with the Office of the Registrar of Political Parties (ORPP) by April 9. 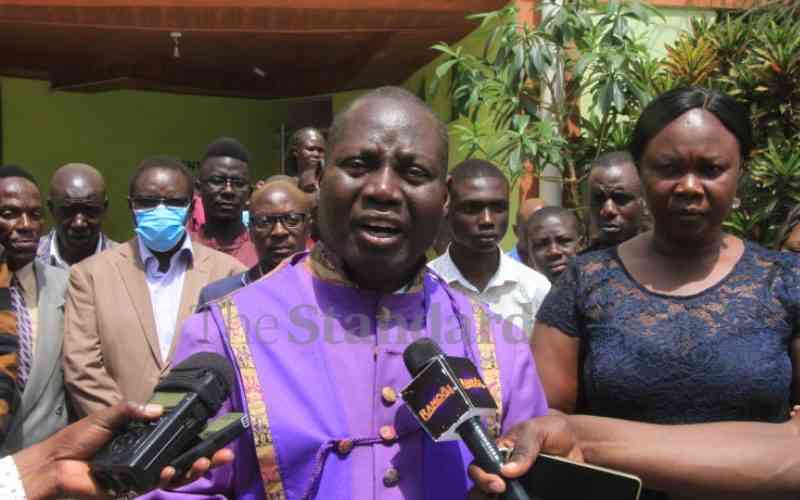 By Anne Atieno 3 hrs ago
Head to court if unhappy with poll, clerics tell parties