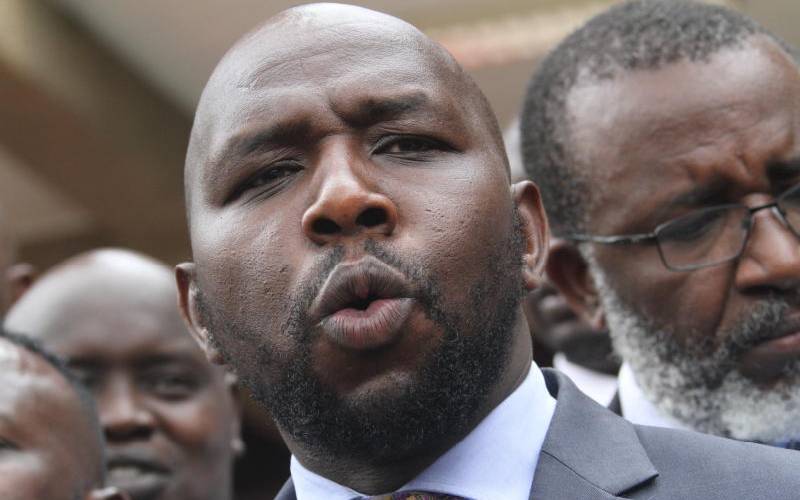 The trickle-down economic model is to blame for runaway corruption because it focuses on capital-intensive projects, Kipchumba Murkomen has said.

He further poked holes into the Jubilee administration, which he says pumps money into projects that are not urgently needed to boost Kenya’s economy.

“Either expand what we already have or use that money elsewhere.”

But the bottom-up economy is not a new idea.

A 2019 statement by the African Union Development Agency cited the strategy’s success in Zimbabwe, Senegal and Cameroon.

The statement said, “The main lesson of these successes is that the potential of the informal sector should not be underestimated.”

Murkomen said, if the bottom-up strategy is working elsewhere, it needs to be contextualised to the local level.

Asked how, the senator gave examples such as creating a fund in every constituency, putting boda bodas in saccos, establishing cottage industries as well as recognising hawkers under a legal framework.

However, the issue of streamlining the hawking business has been discussed by former President Mwai Kibaki’s administration as well as the Jubilee government.

Asked to explain how this is different, he said, “In all those administrations, the hawker was not on the table.”

The Hustler nation bottom-up strategy is not just an economic model, it is also an issue of governance, Murkomen added.

“Every decision is going to be influenced by the people at the bottom.”

The former Senate majority leader cited pan paper and Mumias Sugar, which have been bailed out but never seem to break even. “The problem is in the management principles,” he said.

Murkomen cited the Constituency Development Fund, where he said has fewer corruption cases because more decisions are made by the people on the ground.

Questioned on how the strategy will deal with corruption, he said, “We will distribute funds to the smaller and lower cadre sectors of the economy across the country."

Part of the problem is that those in Parliament have not conducted oversight efficiently, a situation he linked to political persecution and interference.

“The Hustler government will let independent agencies perform their jobs.”

By Gloria Milimu 9 mins ago
Premium Kenya only has 12 blood cancer specialists, ouch!

By Dr Mercy Korir 6 hrs ago
They told me to get married, shun 'climate justice'
.