Don't touch this man; not even with a ten-foot-pole, Justice Olao warns Eldoret widows 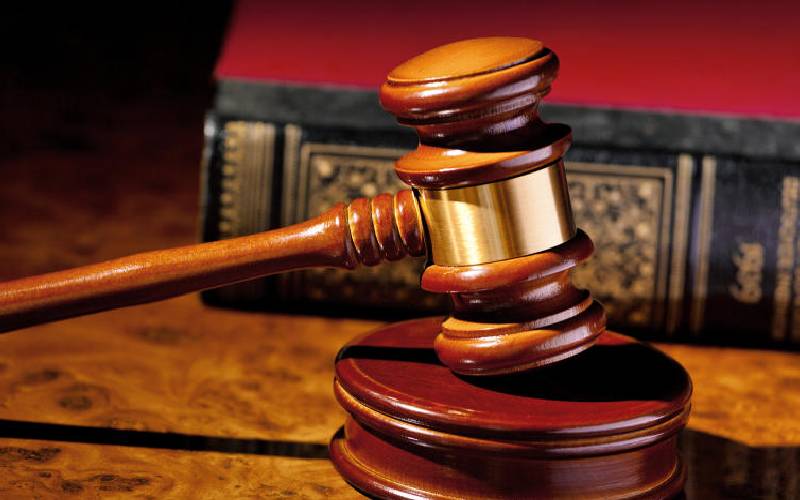 A court has warned all the widows in Eldoret to avoid a man who has mastered the art of swindling the wives of the dearly departed out of their inheritance.

High Court judge Boaz Olao said had the lothario identified as VKM filed a response to the case in which a woman claimed he had taken her parcel of land, he would have had an opportunity to caution him on what the scriptures says about men who take advantage of widows.

"The message that this court wishes to send to the widows in Eldoret is this: -

“Don’t touch VKM with a 10-foot pole. Avoid him at all costs,” Justice Olao counselled in his ruling delivered on Wednesday.

In the case, VKM had been sued by widow EAK over ownership of a parcel of land.

The judge noted that what widows need most at their time of distress was a helper.

Quoting scripture, the judge said, “They take advantage of widows and rob them of their homes, and then make a show of saying long prayers. Their punishment will be all the worse.”

The judge went on to quote Exodus 22:22 – 24 that reads: "You shall not afflict any widow or orphan. If you do afflict them, and they cry out to me, I will surely hear their cry, and my wrath will burn, and I will kill you with the sword and your wives shall become widows and your children fatherless.”

The judge regretted that the case proceeded without VKM’s appearance and or filing any documents in reply.

VKM, the court noted, is the registered proprietor of the land that was the suit property in Webuye since September 29, 2005.

The woman told the court that following the demise of her husband in 1997, she cohabited with VKM in a brief, abusive and tumultuous relationship.

They had a child. Before that, she had four other children with her deceased husband.

During her cohabitation with VKM, she took loans from banks and together with her savings, managed to purchase the suit property which she developed.

This forced EAK to move to court seeking orders that the man be compelled to discharge his trust to her.

In his statement dated October 24, 2017, and which he adopted during the trial, witness Dickson Tom Wanjala said he sold the property to the woman.

He added that it was EAK who paid the entire purchase price of Sh110,000. Wanjala's evidence was also corroborated by Agneta Makungu Mwangi. They both were surprised to learn that VKM had registered the suit property in his name.

The judge noted that it was not in dispute that EAK purchased and developed the suit property.

"I have considered the evidence by the plaintiff (EAK) and her witnesses which is not controverted. I have also looked at the documents filed by the plaintiff in support of her case," reads the judgment.

The judge noted that the two were not married, adding that the man had no interest in the suit property arising out of any relationship and neither did he make any contribution, financial or otherwise, towards its development.

The judge ordered the man to, within 30 days from the date of the judgment, transfer the title deed in favour of the widow and her children.

Ruth Matete recalls horrific incident that left her back scarred
Showbiz
By Fay Ngina
9 mins ago
William Ruto's 100-day priority list to inform agenda as he 'opens' 13th Parliament
Politics
By Josphat Thiongó
18 mins ago
Moses Kuria: Controversies, employment history and rise to Cabinet
National
By Brian Okoth
20 mins ago
Five natural ways to increase the size of your breasts
Living
By Esther Muchene
37 mins ago
.