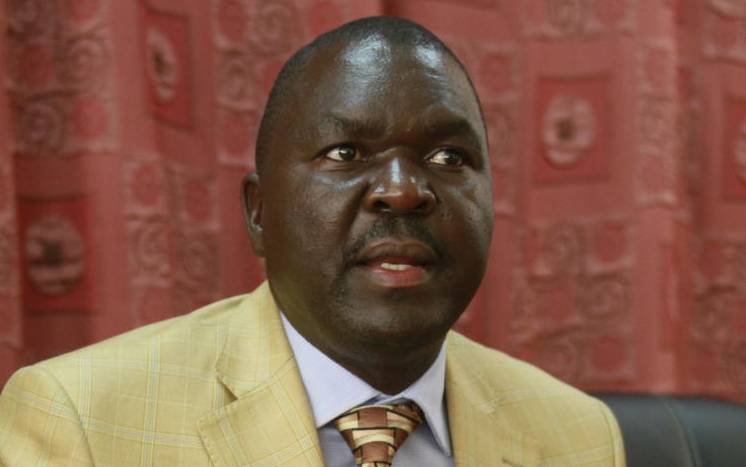 During the whirlwind purge on Jubilee Party leadership in the august House, few noticed the sudden change of fortunes for two erstwhile close friends.

After eight years as Jubilee Party Whip at the National Assembly, Washiali was shown the door and replaced by his friend, Wangwe.

It was not lost on observers that the duo was initially in Deputy President William Ruto’s political camp before Wangwe decamped to the group supporting ‘the handshake’ between President Uhuru Kenyatta and Orange Democratic Movement party leader Raila Odinga.

Nearly three months of high stakes politics for the new Majority Whip, Wangwe spoke with The Standard about the journey so far.

Q: It is nearly three months since you were made the Majority Whip in the National Assembly. How has the ride been?

A: So far, so good. We have made great strides in the House and although it has been challenging, you get the satisfaction of serving your party’s interests in Parliament. My major role is to ensure members of the Jubilee coalition support the Majority Leader on the floor and that the government agenda gets enough backing.

Q: You replaced your friend and neighbouring MP Benjamin Washiali as the Majority Whip. How did this affect your friendship and how did your voters back at home take the swapping of roles?

A: Honourable Washiali and I remain good friends, but we are now playing in parallel political camps. There are reasons why the party decided to make changes in leadership at the National Assembly. Now that I was picked as Majority Whip, this should not put a chasm between my supporters and those in Mumias East. In fact, we should be grateful that in the national scheme of things, somebody found it proper to have a person from Western Kenya as the Whip in the ruling coalition. It is an honour.

Q: What has been your most demanding assignment so far?

A: My most trying undertaking was when I had to sign disciplinary letters of my colleagues who had gone against party rules. Some of them are my friends and they were being asked to show cause why they should not be expelled from the party. The other huge task was reorganising 21 committees in the House. Members come from different regions and professional backgrounds. Trying to fit all of them where they belong was not easy.

Q: What lessons have you picked so far?

A: My most profound lesson is that to be a good leader, you must be patient and a good listener. As Majority Whip, coalition members come to you with diverse requests, each representing his or her peoples’ interests. You must be able to listen, understand all of them and then advise accordingly. I have also realised that political parties have powers to effect changes in the way Kenya is governed. Unfortunately, most political parties do not seem to understand this and do not exercise that power.

Q: What should we expect from the National Assembly on the upcoming Building Bridges Initiative (BBI) report?

A: We will discuss the contents and if we find the proposals therein good for the country, we will endorse them fully. We fully support the initiative for a stable, united and progressive Kenya. We believe the BBI will give a roadmap for a more inclusive nation, devoid of tribalism and suspicion. I will whip members into supporting the report once it is tabled in the House.

Q: Finally, what’s your take on the Senate’s ‘One Kenya Movement’ and the divisive revenue-sharing debate?

A: This (One Kenya Movement) is just a colourful movement, especially in this gloomy period of Covid-19 pandemic. The group has nothing for Kenya’s future. I would call it a ‘tortoise umbrella,’ because once my colleagues at the Senate pass the (revenue sharing) formula, the movement will wither away. When a tortoise is going about its life, it bravely brings out its head from its shell, but immediately it comes under attack, it pulls the head back. That said, Senate is canvassing a very important debate for our counties’ development. Let it find a solution soon and save our counties. Devolution is a game-changer for our country.

Government to address passport delays- Kindiki
National
By Betty Njeru
2 hrs ago
Christine Ngaruiya: US-born Kenyan doctor teaching at Yale School of Medicine
Lifestyle
By Vincent Kejitan
5 hrs ago
Premium Why Ruto must forge a common front to rejig our ailing economy
Opinion
By Isaac Kalua Green
5 hrs ago
Babu Owino: They're now coming after me
National
By Brian Okoth
5 hrs ago
.