Duale: I leave with no hard feelings 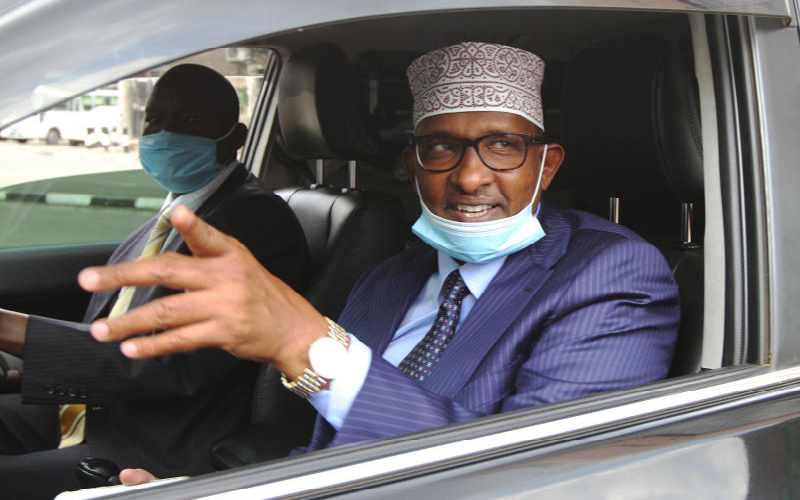 Ousted National Assembly Majority Leader Aden Duale (pictured) admitted that the position earned him friends and even political enemies, but for whom he harbours no grudge. The Garissa Township MP used his exit speech to “unconditionally ask for forgiveness and apologies to anyone” he might have offended during his seven-year reign, saying he simply did his job. “My experience taught me that as one pushes the agenda of the Majority Party, it is almost inevitable that one will make new friends and new enemies,” said Duale.

“Interestingly, interests keep evolving. One’s opponents today might be his or her friends tomorrow, and vice-versa." The vocal politician enjoyed the trust of President Uhuru Kenyatta and confidence of his colleagues in the Jubilee-controlled House since 2013 and managed to push government agenda successfully. That, however, ended when Uhuru began a purge against perceived allies of his deputy William Ruto in the Senate and the National Assembly on suspicion that they were fighting his pet project of Building Bridges Initiative (BBI) and the March 9, 2018 handshake with ODM leader Raila Odinga. Jubilee MPs, led by Kieni MP Kanini Kega, collected signatures that culminated in Duale's ouster in a record 20-minute Parliamentary Group (PG) meeting. Yesterday Duale told the House he knew his time at the plum position would one day come to an end since "everything that has a beginning has an ending".

He said he was not removed because of inefficiency or lack of delivery but for political reasons. He vowed not to harbor a grudge with anyone. Duale congratulated his successor – Kipipiri MP Amos Kimunya – and handed him a list of pending House business.