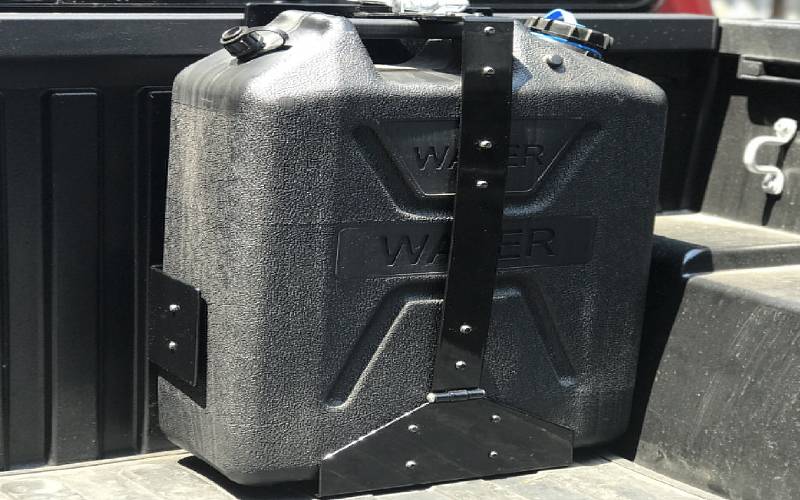 Police in Nyando, Kisumu county are investigating an incident in which a man died while four others have been hospitalised after consuming an unknown chemical. The five are said to have stolen the substance they had thought was alcohol from a stationary lorry that had stalled around Masogo in Nyando Sub-county. The deceased, Maurice Ouko is said to have collapsed moments after consuming the substance.

Yesterday, police officers launched a manhunt for the driver after he reportedly drove the truck away after the incident. According to area Deputy Commissioner Eric Wanyonyi, the driver of the lorry had sought for shelter at a nearby home where he spent the night after his truck got stuck in the mud. According to witnesses, some locals raided the lorry in the middle of the night, stole and drank the chemical which they believed was alcohol. “Some people raided the lorry at night and stole the substance which was packed in 20-litre jerry cans as and consumed it,” he said. Police reports indicate that the deceased was part of the group who had consumed some of the substance at night where one of them collapsed.

The rest were rushed to Ahero Sub-County Hospital where they are still receiving treatment and are in a stable condition. After a thorough search on the village, police found 90 litres of the substance which according to the deputy commissioner have been taken to a government chemist for further analysis. “This action was taken since we could not establish the kind of substance it was,” he said. He cautioned members of the public against stealing and drinking substances they don’t know, adding that it could have led to many deaths. “This habit of stealing and consuming unknown things should stop. It has placed and could place more lives in danger,” he warned.

The agony of a child living with eye cancer