Nairobi
The Supreme Court judges will take a salary cut in a bid to contribute towards mitigating the effects of the Covid-19 pandemic. 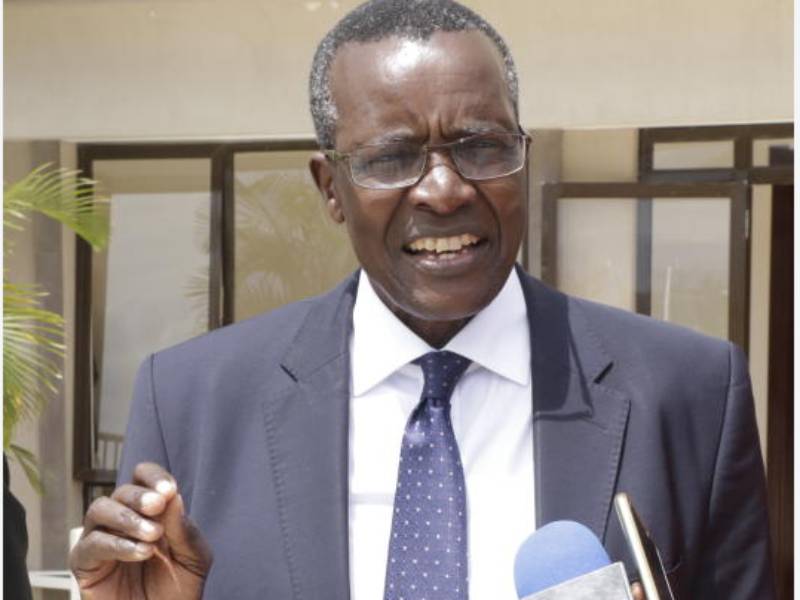 The Supreme Court judges will take a salary cut in a bid to contribute towards mitigating the effects of the Covid-19 pandemic, Chief Justice David Maraga (pictured) has announced. “The Deputy Chief Justice Philomena Mwilu and myself will take a 30 per cent pay cut for three months. The other four Judges of the Supreme Court – Mr Justice Ibrahim Mohammed, Mr Justice Smokin Wanjala, Lady Justice Njoki Ndung’u and Mr Justice Isaac Lenaola have also graciously agreed to take a 20 per cent pay cut for three months,” Maraga said in a statement on Friday. According to the CJ, the money raised will be put into direct public interventions that will be announced later.

“The Judiciary will continue to monitor the situation and play its part, both through judicial functions and humanitarian activities, in order to help the country navigate through this challenging season,” the CJ said. The judges will join a list of leaders who have announced to take a salary cut as the country grapples with the Covid-19 pandemic that has so far killed one person and infected 31. On Wednesday, President Uhuru Kenyatta announced that him and his deputy William Ruto, will take 80 per cent pay cut. The president also announced that all Cabinet Secretaries and Chief Administrative secretaries will take 30 per cent pay cut while Public Secretaries will take 20 per cent. “My government has offered a voluntary salary reduction to senior government officials,” Uhuru said.

National Assembly and Senate speakers Justin Muturi and Kenneth Lusaka respectively, also announced on Thursday that they will both take 30 per cent pay cut to aid in the fight against coronavirus. Addressing the media, Senate Speaker Lusaka said, “We have agreed to take a 30 per cent pay cut for the next three months to help improve the fight against coronavirus.” Speaker Justin Muturi said that members of parliament will give a separate address on whether they will be taking salary cuts themselves. The deadly virus, which was first reported in China, has spread across the globe and infected about 550,000 people. Over 120,000 people have recovered and as of Friday, 24,900 had succumbed to the respiratory illness.