Over 1, 000 from Central Kenya to meet Baringo Senator 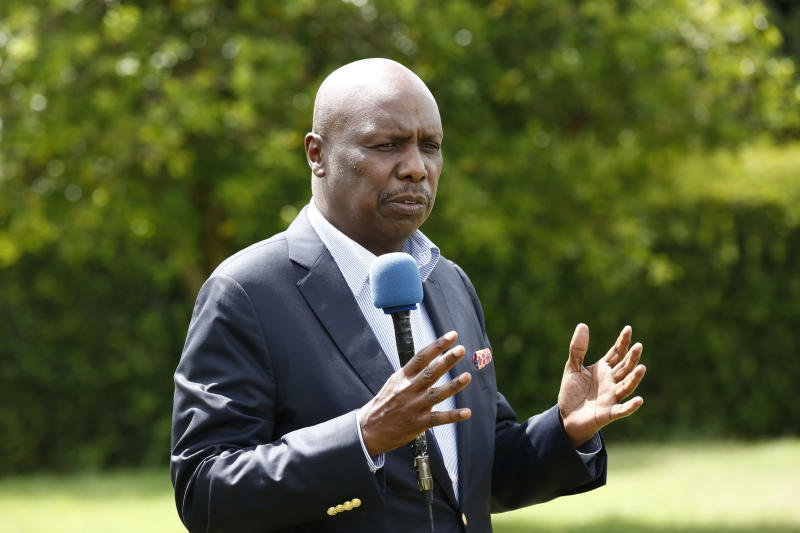 More than 1,000 delegates from Central Kenya will meet Baringo Senator Gideon Moi (pictured) today at his Kabarak home. The delegates are meeting with the senator (pictured) to discuss issues of national importance, among them unity and the need to support President Uhuru Kenyatta and ODM leader Raila Odinga in the Building Bridges Initiative (BBI). The meeting comes at a time Gideon, who is also the Kanu national chairman, has embarked on revamping the independence party in readiness for the 2022 General Election.

Gideon has been meeting delegates from around the country at Kabarak, as the family continues with the cultural 40-days' mourning period following the burial of retired president Daniel Moi. The delegates will also be condoling with the family of the late president. United country "They are coming here to condole with the family and make them feel that they are still of huge importance. Mzee, having united the country for 25 years since he took over from Jomo Kenyatta in 1978, the family feels it is a legacy worth maintaining," said one of the organisers, who did not wish to be named. Moi’s Kabarak home continues to remain a popular address, despite the absence of the retired Head of State.

Last week Siaya Governor Cornell Rasanga led a delegation to the home, where discussions around the BBI, among others, were held. Rasanga said the visit to Kabarak was as a result of the cordial relationship his family had with that of the late president. Interdenominational prayers were also recently held at the home, with the clergy calling on the Senator to follow in the footsteps of his father. Another delegation from Baringo Central also visited the family in the last few days. The delegations at Kabarak always urge Gideon to rise and take the political mantle from his father, with many insisting he has what it takes to unite the nation.

Last week the legislator said Kanu had big plans for 2022 and that it had been moving round to create linkages with like-minded partners. The Senator has since held talks with Raila, Wiper leader Kalonzo Musyoka and Mombasa Governor Ali Hassan Joho. Kitui Senator Enoch Wambua early this year said the Wiper leader and Baringo Senator were in talks. The talks, according to Mr Wambua, are at an advanced stage and there are possibilities of a merger or working relationship between Kanu and the Wiper Party.