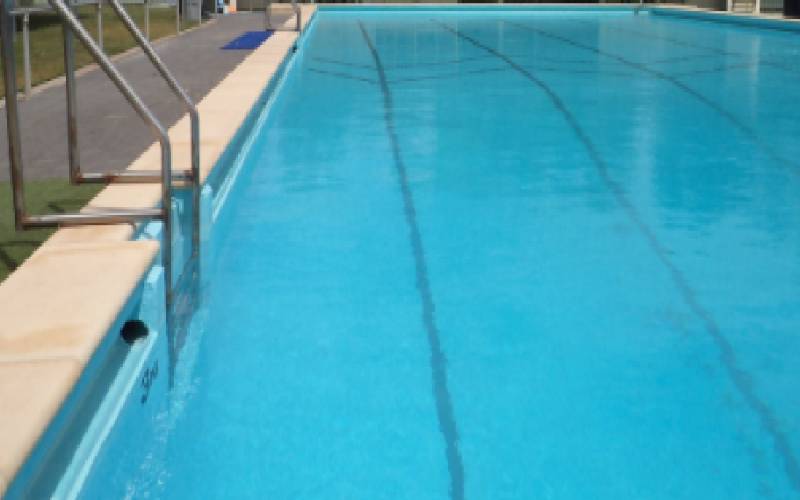 A family is seeking justice for their kin who drowned in a swimming pool at a resort club in Trans Nzoia County. Amos Juma Mamai, 28 died under unclear circumstances at Khwesa Resort in Kiminini Township on Thursday last week. The father of one was a tout in Kiminini.  An eyewitnesses who declined to be named said Juma was allowed access to the resort's swimming pool after paying Sh200. According to the source, Juma stayed underwater for after about five minutes prompting him to alert the manager who dived in and pulled him out. "The deceased got into the water but when he took about some time under the water I alerted the manager who pulled him out before giving him first aid," the eyewitness told The Standard. "The manager called an ambulance which carried away the body before even alerting police and the family." However, the resort's owner John Wambaya while dismissing claims that the management was responsible for the man's death said Juma forced his way to the swimming pool. "Our staff tried to restrain the deceased from accessing the facility but he forced his way in and jumped into the water. We suspect his intention was to commit suicide," Wambaya told The Standard. Funeral costs "Even though the hotel is not to blame for Juma's death, we sympathise with the family I have resolved to foot the funeral costs," Wambaya added. But the family is reading mischief in the death of their kin and asked police to dig deeper into circumstances surrounding the incident. Juma’s elder sister Wilbroda Omanga’ta disputed the suicide theory. "My brother was called by a friend for a cup of tea at Kiminini Centre before he returned home and told his wife Veronica that the friend had organised for a party at a local hotel. Juma wanted his wife to join him but she declined," said Wilbroda. The deceased's sister said it was not clear how Juma left his friend and walked to the resort where he met his death. "Our concern is how the hotel called an ambulance to collect my brother's body without informing the police or us. We suspect there's an attempt to cover up what caused his death," said Wilbroda. Acting County Commander Gerald Barasa said police are investigating circumstances that led to the death. "The matter is being handled by the Kiminini Criminals Investigation Officer DCIO. Several people have recorded statements," Barasa said. A postmortem is expected to be conducted today.