Nyanza
Professor Gilbert Ogutu of the University of Nairobi was found dead in his village home of Wambassa, Siaya County. 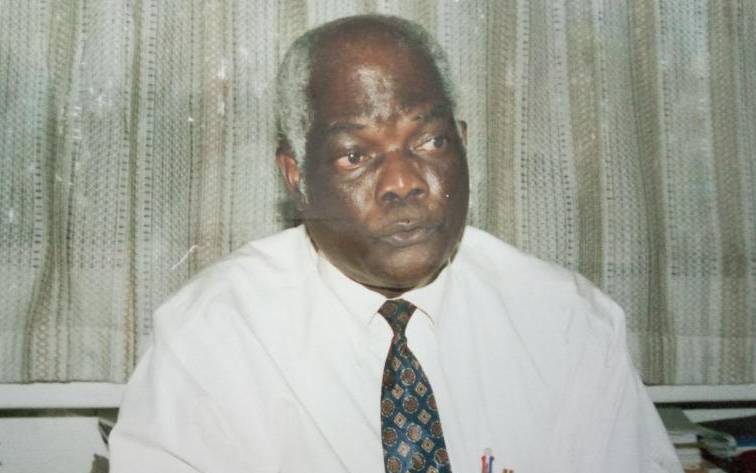 A body of a university don was found dangling at his house in his village home on Sunday in a suspected suicide case. Professor Gilbert Ogutu (pictured) of the University of Nairobi was found dead at his village home of Wambassa, Siaya County. Prof Ogutu’s body was discovered hanging from his bedroom window with a piece of cloth tied around his neck by his farmhand at 9 am.

The farmhand had said that the university don was well on Saturday night and retired to bed at around midnight. Professor Gilbert Ogutu, an associate professor of Church history who died yesterday, was a staunch believer in preserving African traditions. Prof Ogutu served in the Luo Council of Elders as Secretary-General for more than 12 years, offering wise counsel to the community. In a recent interview with the Standard, the late professor spoke of the time he spent at the council, saying that he at times performed tasks that were well beyond his age in undertaking his council duties. Prof Ogutu was commenting on the symbolic dirge that former Prime Minister Raila Odinga performed in honour of former President Daniel Moi during his burial ceremony on Wednesday despite their significant age gap.

“In as much as Mzee was older, when it comes to representing the community his (Raila’s) age does not matter,” he had said. According to him, age was not the most important factor in choosing leaders, adding that one’s role in society mattered more. His body was taken to the Bondo Sub-County Hospital mortuary as police launched investigations into the matter. He died aged 77.