Let cities be livable for all, ensure equal access to services by women and girls

Commentary
Globally, Africa has the most countries with the highest prevalence of Female Genital Mutilation 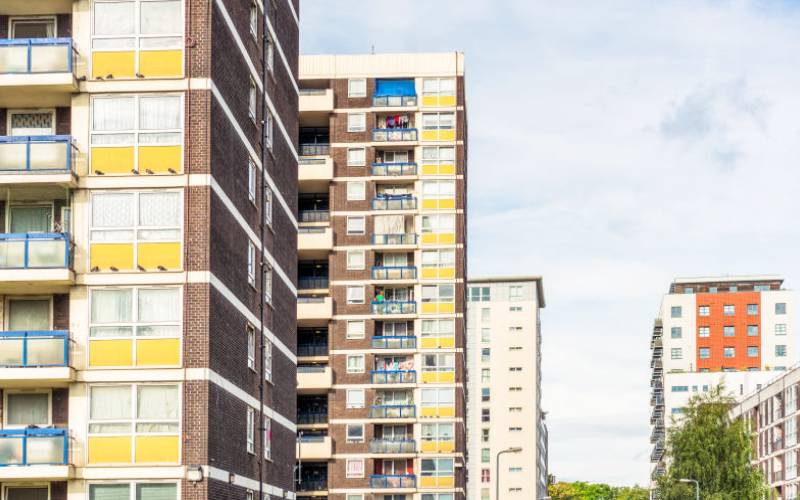 Increasing numbers of people around the world are for various reasons moving, both within national borders and internationally thus leading to rapid growth in cities capable of supporting and integrating migrants. Key reasons why people move include: to improve well-being and life circumstances; seek employment; to form or maintain a family, among others. According to the World Urbanisation Prospects, in 2008, for the first time, more than half of the world’s population lived in cities. The world urban population growth rate is at an average annual rate of 1.7 percent. Africa's urban population is estimated to grow by 900 million by 2050, ushering in unprecedented opportunities and challenges that require new and visionary solutions and responses.  However, according to the United Nations Human Settlement Programme (UN-Habitat), at the end of 2012, an estimated 816 million persons were living in slums. Urbanisation is meant to be a great opportunity for all, especially young people, as it is meant to increase chances of escape from patriarchy, harmful traditional practices while heralding new freedoms particularly in the areas of education, economic growth, increase access to social opportunities and services. The trajectory of access and delivery of health care information and services is also to improve tremendously.

While these possibilities exist, the reality is that women and girls in urban informal settlements are more vulnerable. For instance, the burden of disease due to sexual and reproductive health rights especially sexual and gender-based violence is more prevalent in urban slums as compared to the general population. Further, issues of lack of security and safety in the urban informal settlements continue to undermine the health and wellbeing of women and girls in the face of increasing poverty, economic challenges and inadequate urban management policies, legislations, infrastructure, and social services. Globally, Africa has the most countries with the highest prevalence of Female Genital Mutilation, Adolescent girls’ pregnancy, maternal mortality, HIV/AIDS, and others. South Africa and Egypt are ranked among the top five countries with the worst incidences of sexual and gender-based violence. Furthermore, inadequate provision of information on sexual and reproductive health, especially to the young, has continued to perpetuate myths around these issues. This has resulted in the deepening of patriarchy and harmful practices as a further proof that urgent steps must be taken by all to reverse the unacceptable situation of sexual and reproductive health burden on women and girls in the urban informal settlements. Whilst women in developing countries have only a 1 in the 3,800-lifetime risk of dying from causes related to maternity, the lifetime risk in Sub-Saharan Africa is 1 in 39, according to the World Health Organisation. This is worse for women living in informal settlements where virtually no health system exists or at best very fragile health systems. These are the issues that the upcoming 9th Africa Conference on Sexual Health and Rights (ACSHR), to be held in Nairobi, Kenya, under the theme ‘Advancing the Sexual and Reproductive Health and Rights of Women and Girls in Urban Informal Settlements’ seeks to deliberate on. The February 10th-14th 2020 event aims at finding practical solutions to addressing the inequalities of women and girls in informal settlements across Africa.

From the foregoing, Africa cannot afford to be the continent where concerted evidence-based efforts to address these disparities are ignored in the guise of preserving culture and social norms that run contrary to the dignity and rights of women and girls. An issue as simple as support to our children to successfully transit into successful adulthood has become unduly contentious and polarising across the continent. Why can we not provide factual, scientific accurate, age-appropriate, gender-sensitive comprehensive life skills-based sexual and reproductive health information to our children especially with the gory statistics on HIV/AIDS? Rather than take this in stride, we continue to infer unsubstantiated motives and try to frame this to mean the recruitment of our young people into early sexual initiation. Africa cannot continue to behave as the proverbial ostrich that buries its head in the sand. Perhaps we need to discuss the gross violence and assault of the dignity of our women and girls arising from the unwarranted mutilation of the vulva and early forced marriage. The millions of women and girls in Africa whose rights and dignity are continually been violated require that we raise a new cadre of conscienticed Africans who will engage at all levels to stand in solidarity and halt this injustice. Many countries in Africa could not achieve the Millennium Development Goals and we are at the threshold once more to ensure that we meet up with the Sustainable Development Goals. We, therefore, cannot afford to leave behind our women and girls who unfortunately are living in the urban informal settlements. We must collectively act to make our cities livable for all, especially our women and girls if we must guarantee this global consensus desire. Together we will win because we are not equal until everyone is equal. Dr Esiet Uwemedimo is the Convenor of the 9th ACSHR.

Chebukati should stop singing his own dirge

Chebukati should stop singing his own dirge