Nairobi
Sonko has publicly accused EACC of colluding with the current developer, Isaack Ibrahim, who bought the land from one John Kibira 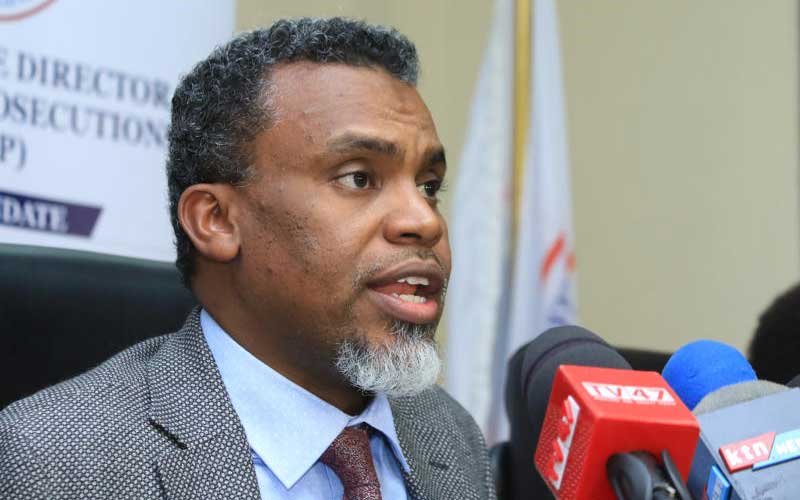 The Director Public Prosecution (DPP) Noordin Haji (pictured) has demanded a deeper probe into the Sh110 million South C land grab case. The anti-graft agency had forwarded the case files to Mr Haji seeking his approval before it charges 14 individuals with fraud. Haji now wants the probe expanded to include more individuals from City Hall.

SEE ALSO: The disinfecting booths, are we using them right?

City Hall officials are alleged to have irregularly allocated the parcel of land to a private developer, who later transferred it to another businessman. The DPP has sent back the file to the Ethics and Anti-Corruption Commission (EACC) and identified those who will be questioned. EACC had sought the prosecution of a county chief officer who is suspected to have received Sh10.35 million as kickbacks in the land transactions. The officer is said to have dispersed the money to his colleagues. EACC forwarded names of the 14 people to Haji late last year. Nairobi Governor Mike Sonko has also been drawn into the case.

Sonko tiff Mr Sonko has publicly accused EACC of colluding with the current developer, Isaack Ibrahim, who bought the land from one John Kibira. The DPP said there are investigative issues that need to be addressed before he can give a nod for prosecution. Haji’s move could further rope in real estate tycoons, brokers and Nairobi County government employees to face trial over the property that originally belonged to the defunct Nairobi City Council. Mr Ibrahim has already started the construction of a multi-storey building on the disputed land.

He has defended himself saying he was an innocent buyer. Ibrahim said he carried out a background check on the property and saw that its documents were clean. “I did a search on the land and confirmed all its details were correct. My lawyers engaged the seller, Mr Kibira and oversaw the transaction," said Ibrahim. "I also sought construction permits and paid all dues only to be told the land in question was irregularly allocated." He went on: “I am a business person and my businesses are clean. If I knew I was being duped, I never would have bought the land. I have stopped construction to allow investigations.”

The land is titled Nairobi/Block 103/793. It is adjacent to Naivas Supermarket.