By Hillary Orinde | 3yrs ago 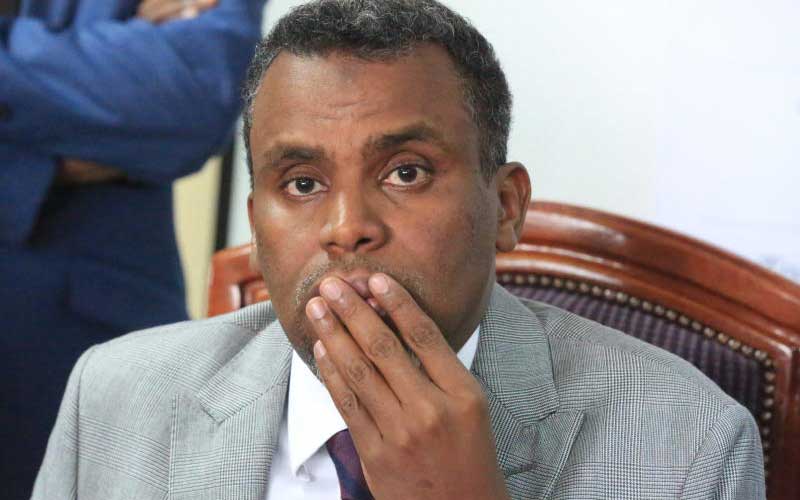 Systemic problems in the country are slowing down the prosecution of corruption cases, the Director of Public Prosecutions Noordin Haji (pictured) has said.

Haji, who was speaking today during an early morning interview at Spice FM, termed as a fallacy, the argument that he had no successful conviction since his cases were weak.

He instead said convictions were a multi-sectorial responsibility within the criminal justice chain and that the system was dogged with problems.

“How do you conclude that they are weak when we have not even sat down and heard them,” he said, blaming faceless people on playing with the emotions of the public.

Haji said he was sure his office will get convictions.

“I have been arguing that we need to be given a level playing field,” he noted. “We do not need to put our head in the sand yet we all know that they are systemic problems that transcend the Executive, Judiciary, Parliament and even the media.”

Asked if corruption was fighting back, the top prosecutor replied with a resounding yes.

“One of the reasons that we are asking governors and other officeholders to step aside is because continuously the experience has been that if they stay in office, they interfere with investigations and evidence,” he said.

He went on to add that there were silent things, happening behind the scenes, which the accused persons were using to subvert justice.

“There has been a lot of attempt to corrupt officers from different levels, including the Judiciary and even my own department,” he said, keeping a straight face in the follow-up question if they had approached him, “they find me very unapproachable”.

Haji maintained that his office will fight back in finding the missing link in the graft war.

“There are challenges and we recognize that…corruption has been systemic in Kenya and it will take time to get rid,” he said, adding that part of the reason they publicise the cases more was for Kenyans to understand what they were doing and where they were.

Hitherto, the widespread media coverage has seen the Office of the Director Public Prosecution (ODPP) chided for doing little beyond the TV cameras.

Haji said it was very unfortunate that his modern approach to ensuring that Kenyans knew what his office was up to likened them to socialites.

“Most of these individuals are uncomfortable because we have taken the narrative, control it and show people what we are trying to do. We are not about to stop. If you look at all the democracies, this happens, statements are given and people take time to explain why what they are doing is right,” he said.

On Nairobi Governor Mike Sonko nominating Anne Kananu Mwenda as his deputy, Haji said he was taking the city boss back to court.

Sonko who was arrested last month and charged with money laundering, conflict of interest, abuse of office, acquisition of public funds and conspiracy to commit economic crimes, was barred by court from accessing his office pending the hearing and determination of his case.

“It is my opinion that the bail terms have been breached and we will be going to court to cancel them and to seek further clarification what it means by you not going to the office,” he said.

He reiterated that his office will not enter any plea bargain deal with governors as it will be bad for the ‘optics’.

In October 2019, the ODPP started offering lighter sentences in exchange of suspects owning up to their crimes, and, where necessary, surrender stolen money or property.

Haji said most of the county chiefs facing corruption charges would want to go scot-free and will be willing to pay as they “think it is only about the money”.

“We will start with the smaller fishes and see how it works. It is something new and we do not want to see it being abused,” he said.