Central
And for the first time, a frail Mugure sought to address the court. 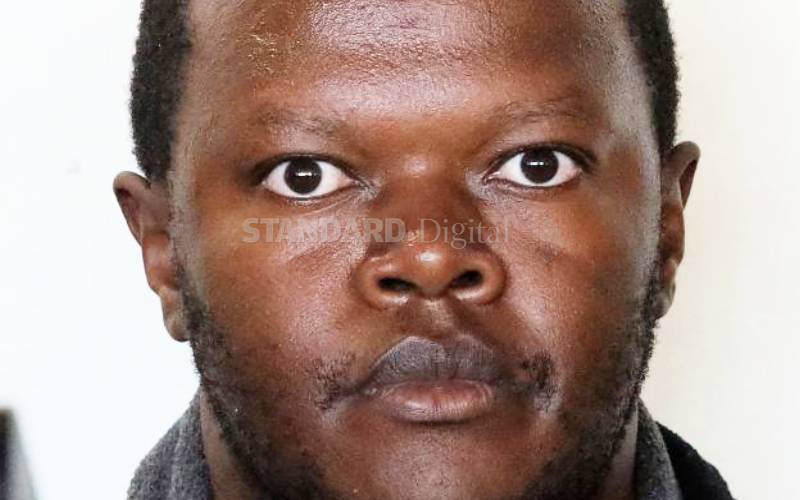 The High Court in Nyeri has for the third time deferred plea taking of a former Kenya Defence Forces soldier accused of murdering Ms Joyce Syombua and her two children in Nanyuki. When the matter came up before Justice Jairus Ngaah on Friday, the State told court that Major Peter Mugure (pictured) had undergone a mental assessment but the doctor declined to compile and sign a report. Justice Ngaah postponed plea-taking to January 10 following an application by Senior Assistant Director of Public Prosecution Peter Mailanyi.

Mr Mailanyi said a psychiatrist at Nyeri Referral Hospital had insisted on talking to the next of kin of Mugure before he could compile and sign the report. Mugure is alleged to have killed Syombua, her 10-year-old daughter Shanice Maua and son Prince Michael, 5, who were found buried at Kilimo Indians’ cemetery in Thingithu. Syombua and her children went missing on October 26 after visiting the officer in the Laikipia Airbase. And for the first time, a frail Mugure sought to address the court. But Justice Ngaah informed the accused he was being represented and, therefore, could only address the court through the lawyer.