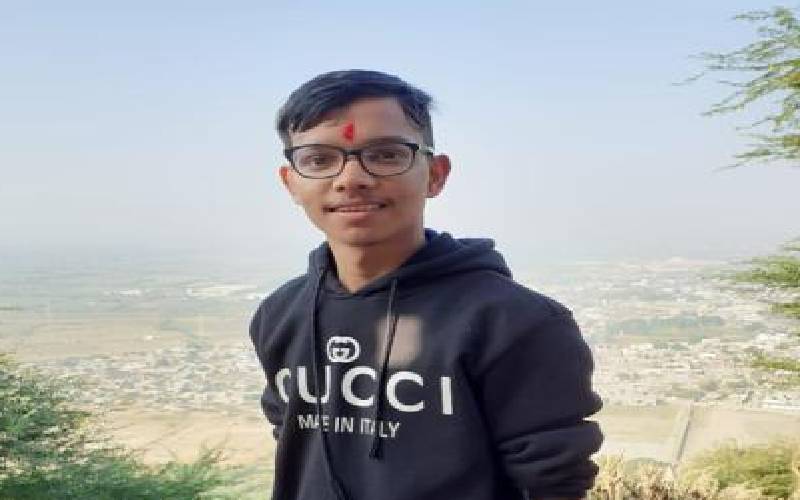 A visually-impaired Harsh Vaghela (pictured) overcame the disability to score grade A- in this year’s KCSE examination. Master Vaghela (pictured) sat the exams at Namachanja High School in Bungoma under special category cadre. He emerged the second best student nationally in the category after he tied with another candidate. His mother Hetalben Vaghela was delighted to see her son emerge among the top ten candidates in the special category despite dropping out of school to seek specialised treatment in India.

The candidate had his cornea of the eye removed due to persistent eye complications. “I am happy that my son did all he could and his efforts paid dividends, he should be very delighted to hear the news,” said the mother. She indicated that Vaghela was recuperating in India and will jet back into the country on January 26 next year. “We would like to have him join a top university in either Australia or Canada,” said the excited mother. Ms Vaghela is the proprietor of Vaghela high-end stationery business in Bungoma town.

According to Bharatsinh Vaghela, the candidate's father, his son was not only patient but hardworking in class. “He was so committed to his studies and was curious to learn more,” he said. Master Vaghela said his dream is to study medicine and become a surgeon in future so that he can help mankind.  “I would like to help people with health complications and other special medical needs,” he said in a post on his Facebook account. Attributed success

He attributed his success to God and the commitment from his teachers and family. According to master Vaghela, his love of science subjects showed he was inclined to study medicine. Master Vaghela was the second best KCPE candidate in Bungoma County four years ago.  He was a pupil at Christ the King Academy. Namachanja deputy principal Humphrey Musuya said Vaghela and his colleagues who sat for the exam were disciplined and focused, an attribute that he reckons contributed to them getting good grades.