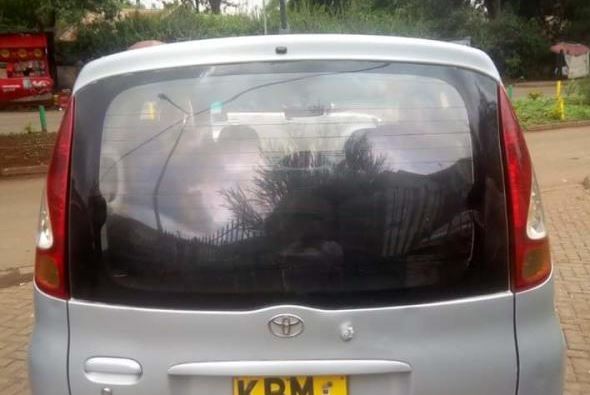 Rubbing his sleepy eyes, Abdikadir Dabar intuitively peered through his balcony window. Groggily, he rubbed his eyes again but his mind rejected what he was seeing. He freshened up, walked out of his house to confront the nightmare that was unfolding. A few hours before, he had parked his car strategically so that he could see it from his bedroom. But the car was missing.

“At first, I called my first wife at Fedha Estate but it was too early. I frantically called the watchman at her place and he assured me that I had driven out of the place in my car, a Toyota. He assured me that my parking lot was now occupied by my another vehicle, a Honda,” says Dabar. Confused, he first went for his mandatory morning prayers and then went to report the loss at Tassia Police Post and formally recorded a statement at around 8am. But even as he recorded his statement, a police officer laughingly told him that he had joined a long list of tenants in Tassia who had lost their vehicles. Dabar says he had parked his vehicle 30 metres from his house and a neighbour later told him that he had seen it as late as 4am that morning, between two vehicles. However, by 5.30am, the car had vanished. He still has no idea how the thieves singled out his silver car -- which he had bought for Sh940,000 -- from a bunch of so many. It appears they had done their homework well for the car did not have a tracking device as it had been removed by Dabar’s mechanic three weeks earlier when it developed some electrical problems.

Retired for the night “I had not used the car for three months but the moment I drove to Fedha and back, the thieves pounced. It is like they were waiting for this moment,” he says. Last Sunday, Abraham Mbaja also parked his silver Toyota Fun Cargo outside his house at Tassia Estate like he has been doing in the recent past, and retired for the night. It was around 10pm,  When he stepped out of his house the following morning, he found the space where he had left the car empty. Mbaja’s car had a tracking device and he even had a mechanic install a cut-out mechanism in the event an unauthorised driver took it.

After the theft, he was horrified to discover that the thieves had dismantled the car’s tracking device and dumped it at the parking lot just outside his house. What galls Mbaja is that the previous day, he had carried out major repairs which had cost him over Sh50,000 and in his estimation, his car, which was valued at about Sh500,000 was as good as new. He now has to live with this loss because he had bought a third party insurance cover. A week later, he had been to Embakasi Police Station six times, and each passing day any hope of recovery diminishes. Mbaja says another neighbour lost his car the same way. “My neighbour’s case was worse. He had come to his house at around 4.30am and an hour later, it was gone and it has never been found,” he says. Another victim, Henry Kimondiu from the same estate counts himself lucky because after losing his Toyota RunX outside his house in August last year, he was compensated by his insurance company. “But I had to move from the estate immediately I was paid because I thought it was too insecure. It is like there are car thieves who live in the area and monitor the residents’ movements,” Kimondiu says. He says his car, which he had parked at around 7pm on the fateful day, was last seen by a neighbour at the same spot at around 7am the following day. Ironically, there is a watchman guarding every house in Kimondiu’s neihbourhood while a caretaker kept a watchful eye during the day. A number of police officers said Tassia was a hotbed of car thieves as there were many escape routes. They say the thieves avoid the major routes that have cameras and drive along less used routes to avoid detection. Head of Flying Squad Musa Yego attributed most of thefts in Tassia and other estates in Nairobi to the gullibility of  city residents who unwittingly employ thugs disguised as watchmen. “The most popular cars for thieves are white and silver. This is because they cannot be easily singled out in a street as most of the cars are of the same colour,” Yego says.