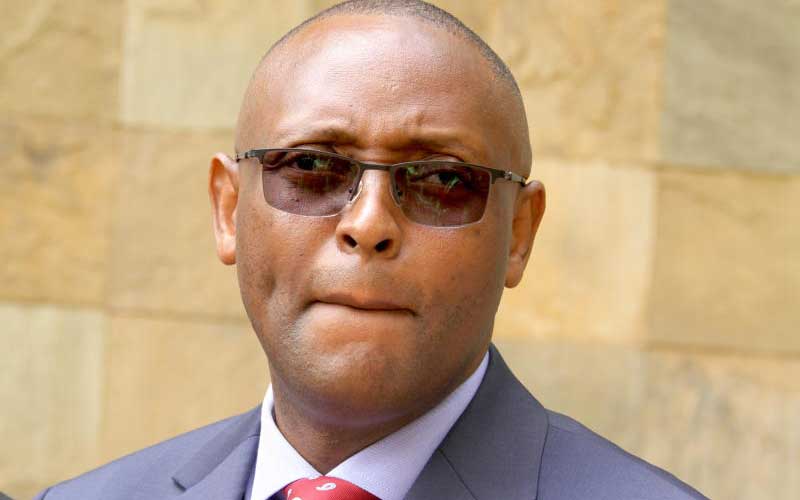 Taita-Taveta County Assembly leadership has endorsed the Senate decision to dismiss the impeachment motion against Governor Granton Samboja (pictured). On Thursday, the Senate found all the allegations made by the MCAs against the governor not sufficiently substantiated. On Friday, Majority Leader Jason Tuja said they respected the verdict of the Senate. “What is important is the electorate that elected us. Nobody is the winner or loser in this verdict,” said the Werugha MCA.

A fortnight ago, County Assembly Deputy Majority Leader Haris Keke tabled the impeachment motion. All the 30 MCAs present at the session, out of 33, voted to impeach Samboja (pictured). But the governor is not off the hook yet, as the Senate select committee chaired by Embu Senator Njeru Ndwiga recommended that the Ethics and Anti-Corruption Commission (EACC) investigate the issues raised by the MCAs on irregular purchases and failure by his administration to remit statutory deductions to the relevant state organs. Tuja said they were expecting the governor to go back to the drawing board and resolve the budget impasse. In dispute is the Sh833 million the MCAs slashed from the executive budget and allocated to the ward development fund. “Our doors are still open for dialogue as we had earlier said. We are still waiting for the governor to initiate the recondition process now that the Senate has made its ruling,” said Tuja.

Samboja’s close allies, however, said the governor had emerged the winner despite the false allegations from the MCAs. “We knew the allegations levelled against the governor did not hold any water. We knew the governor would emerge victorious,” said Franton Mwakilemba. Taita Taveta Senator Jones Mwaruma said he was impartial on the issue contrary to claims by the MCAs who accused him of shielding the governor for selfish interests. Mediation talks “The dismissal of the impeachment motion has now given us the opportunity to revive the mediation talks,” said Mwaruma. “The hiccups in the budget have to be revisited for the smooth operation of the county.”

He said MCAs ruined the mediation process spearheaded by ACK Bishop Liverson Mng’onda. “We have identified the challenges and we must have a working formula. I will now liaise with the Bishop to jump-start the mediation process,” said the senator. To reconcile the governor and MCAs, the Senate select committee recommended a mediation process to be spearheaded by the Devolution and Intergovernmental Relations Committee. The county’s mediation team had identified five issues they were trying to address before the governor withdrew his part of team. Among issues identified were the budget standoff and communication breakdown between the executive and the MCAs.

Other issues include poor working relationship between the two arms of government, corruption, and delay in the implementation of House resolutions, petitions, statements, Bills and motions.