World
It was in Harvard when Obama met Michelle. 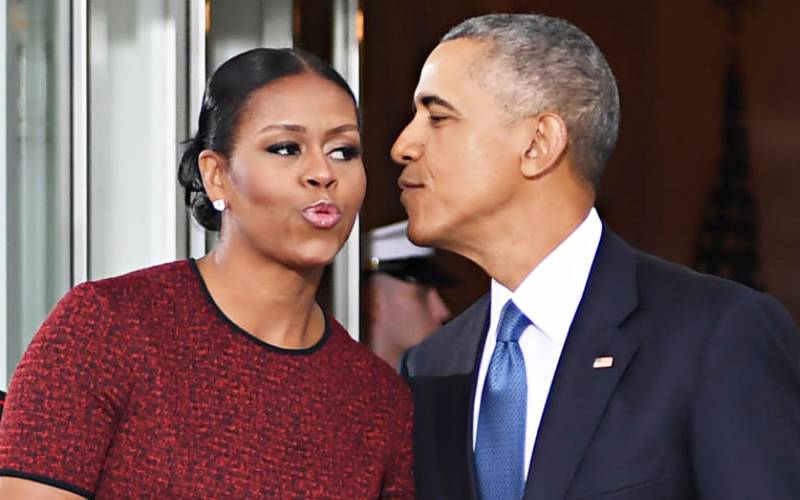 Former President of the United States Barrack Obama and his wife Michelle (pictured) took the world to an amorous mood on Thursday after posting sweet tributes to each other marking 27 years of being married. Most people idolise the Former President and First Lady’s love, wishing, hoping they would have a similar experience. But Michelle was not Barack’s first love.

SEE ALSO: Obama emerges as key figure in US elections

In a biography titled Rising Star authored by David J. Garrow, Barack Obama’s first catch was an Asian who studied anthropology. Obama met Sheila Miyoshi Jager in Chicago. The beginning was difficult for them as Jager termed the relation isolation - “an island unto ourselves” . Obama was a fiction writer and a community organiser, but he had envisaged himself a president of the United States and Jager was one of the few people who knew his ambitions. Marriage become the grist for the mill as their love expedition blossomed.

“In the winter of ‘86, when we visited my parents, he asked me to marry him,” says Jager.  Her parents were opposed to them exchanging vows due to their daughter’s young age but chiefly, Obama’s career path was their concern. Obama’s ‘will you marry me’ plea was rejected with a simple “not yet". Afterward, according to Jager, Obama changed and suddenly became over ambitious around the age of 25. “I remember very clearly when this transformation happened, and I remember very specifically that by 1987, about a year into our relationship, he already had his sights on becoming President.”

SEE ALSO: From cooking for Obama to selling cakes in Thika

Obama believed he needed to be singled out as African American to fulfill his political aspiration. As the author puts it, a political journey of a black man in Chicago without a non-African-American spouse is tantamount to failure. This was like a can of worms to their relationship and they mostly argued about race and politics. According to Jager, Obama “felt trapped between the woman he loved and the destiny he knew was his.” Although Obama asked Jager to go with him, she thinks his proposal was mostly out of desperation over their eventual parting and not in any faith in their future.”

It was in Harvard when Obama met Michelle. Michelle and Obama became a wedded pair and he severed his relationship with Jager and only talked when it mattered. Apparently, it was Michelle who was destined to be behind Obama’s success.

How about Vice President Michelle Obama?

World leaders warn coronavirus could roll back progress for women

World leaders warn coronavirus could roll back progress for women

Pandemic puts up to 86 million children at risk of poverty: study

Pandemic puts up to 86 million children at risk of poverty: study