Nairobi
The judges ruled that Justice Odunga ought to have only considered the procedure through which the suspects were charged. 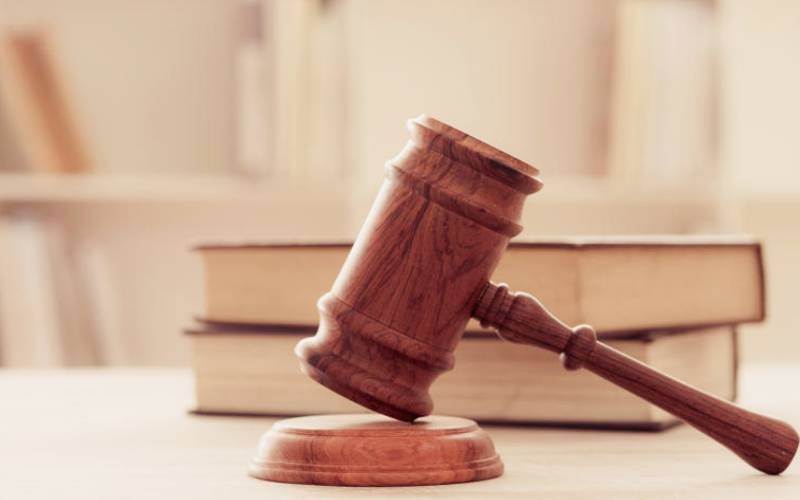 The Court of Appeal has reinstated a Sh1.7 billion graft case against former managers of the Geothermal Development Company after a three-year battle that had stalled their trial. Justices Mohamed Warsame, Asike Makhandia and Agnes Murgor faulted High Court Judge George Odunga for quashing the charges, saying he had erred by looking into the merits of the case against former managing director Silas Masinde Simiyu. Simiyu had been charged alongside company secretary Praxidis Namoni Saisi and seven members of the GDC tender committee. They are Nicholas Karume, Abraham Kipchirchir, Peter Ayodo, Godwin Mwagae, Caleb Indiatsi, Bruno Mugambi and Michael Maingi.

According to the judges, the question whether evidence gathered by the Ethics and Anti-Corruption Commission (EACC) against the nine was strong enough to support the charges was to be dealt with by the Chief Magistrate's court and not the High Court. The judges ruled that Justice Odunga ought to have only considered the procedure through which the suspects were charged. “In our view, the question of whether the evidence provided adequately supported the charges leveled against the first respondent (Namoni) falls squarely on the shoulders of the trial court and not in a judicial review proceeding,” the judges ruled. They added: “Ideally, for a criminal matter to warrant interference by the High Court, a bare reading of the statement of the facts of the case and the charge sheet without any elaborate argument should be sufficient to convince the court that it is a fit case for its interference at an intermediate stage due to apparent glaring injustice.” The GDC officials had been accused of inflating rig movement charges by over Sh28 million per rig, which totaled to Sh1.7 billion.

According to the State, it should have cost taxpayers Sh15 million instead of the Sh42 million per rig that was charged by the firm. Before the criminal case could be heard, Namoni filed a case at the High Court seeking to quash the charges. She complained that the charges against her were pressed without proper scrutiny by the EACC and Director of Public Prosecutions (DPP), and that she did not have an opportunity to defend herself. Justice Odunga quashed the charges against Namoni, which in turn caused the criminal case to collapse. Aggrieved, the EACC and DPP moved to the Court of Appeal and argued that the High Court had overstepped its mandate.

Lawyer Ben Murei told the three-judge bench the question of whether the charges were proper ought to have been left to the trial court. The prosecutor argued that what Namoni had presented before the High Court ought to have been part of her defense in the trial court. He argued that the court denied him a chance to present his case against the accused persons before reaching a decision. The bench agreed, observing that the accused would be given a chance to poke holes into the prosecution’s evidence, hence the trial should not have terminated.