Endorsement: So much ado about Uhuru 2022 pick

President Uhuru Kenyatta has again stirred the debate on who he will support in the 2022 election race to succeed him. “Ule atachaguliwa, atachaguliwa,” he said in Ruiru. [Whoever will be chosen, will be chosen.] The President was in Ruiru to open a Sh20 billion Bidco Industrial Park. The candidate supported by the outgoing President is bound to have an immense following, albeit, it is not a guarantee that they will win.

In 2002, Retired President Daniel Moi endorsed Uhuru Kenyatta, but he did not win. He lost the race to Mwai Kibaki who garnered 62.3 per cent of the votes against Uhuru's 30.6 per cent. Kibaki was in the same camp with Raila Odinga. If Uhuru does not pick Deputy President William Ruto, he will not be making history. Moi did not endorse Musalia Mudavadi who was his deputy for 59 days (November 4, 2002-January 3, 2003) or Prof George Saitoti.

SEE ALSO: The clergy must guide the faithful to evade virus in places of worship 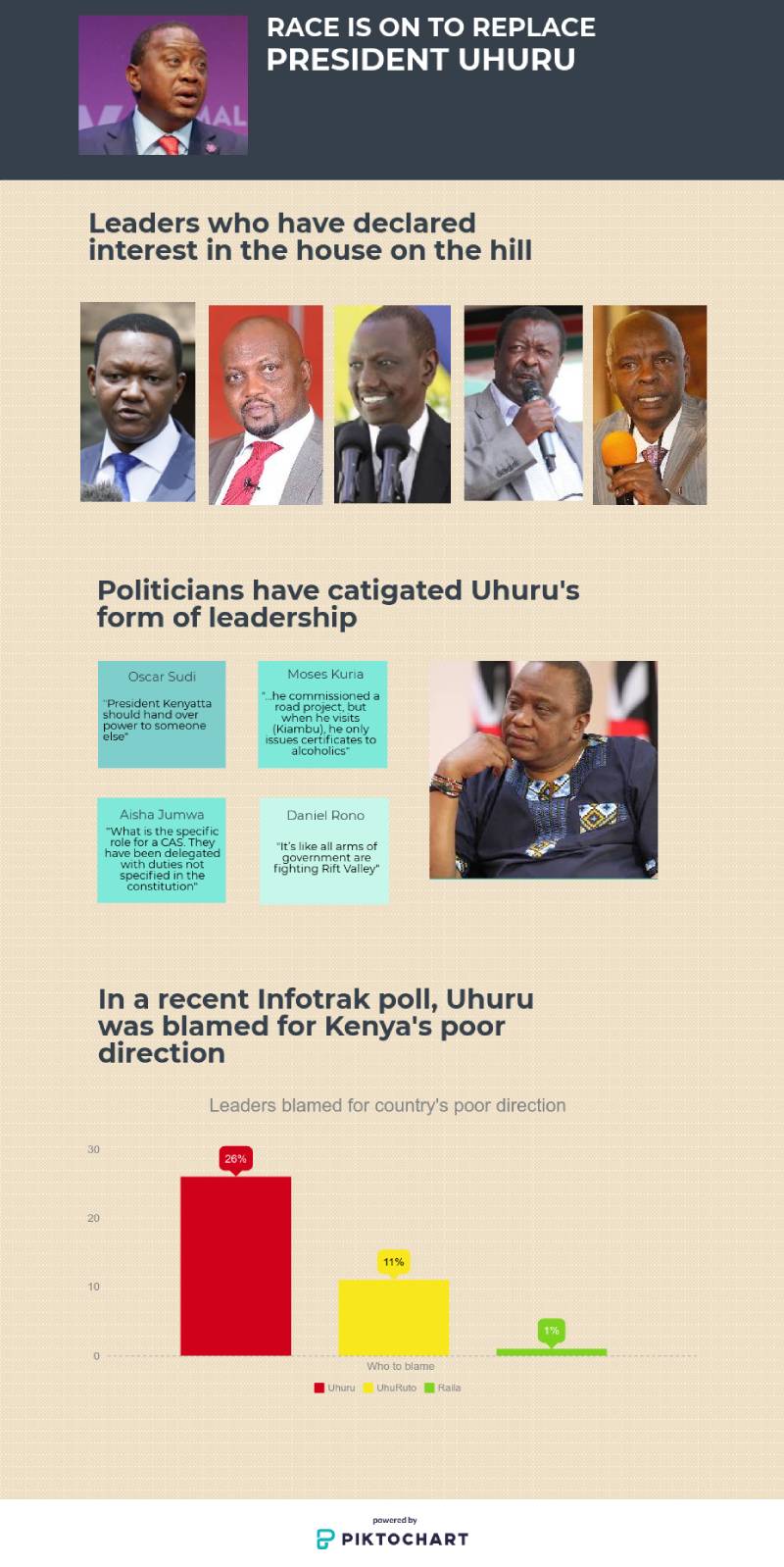 In the same endorsement breath, Uhuru in November 2018 said he will be actively involved in what will happen after his retirement.

SEE ALSO: Why this pandemic calls for an honest discourse

“They think because Uhuru is going home in 2022, he will not have a word on what will happen. I am telling them when the right time comes, I will have something to say,” the President told a rally in Nyeri town. “Some think I have kept quiet because I am not capable of talking politics. I am still a politician. They will be shocked when that time comes, but for now, I want to concentrate on delivering my pledges to Kenyans.” Uhuru has remained non-committal on his 2022 pick, with many suspecting he may be planning something with Raila. Talks of a referendum are rife, with Ruto's camp feeling it is a well-hatched plan to elbow him out of the 2022 race. Many have also criticised Ruto for early campaigns, saying Kenyans are more concerned about service delivery rather than who will be the next leaders.