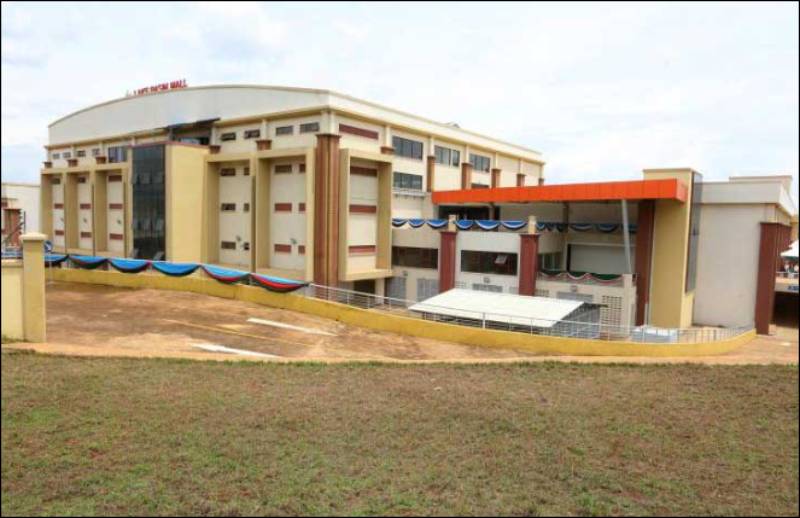 Lake Basin Development Authority Board (LBDA), the owners of Lake Basin Mall have urged Ethics and Anti-Corruption Commission (EACC) to expedite investigations going on around its construction. Speaking to the members of the press, the board members said the ongoing probe is delaying the opening of the mall. Led by Chairman Cavince Odoyo Owidi, the board members says that they fear that if the handing over is not done the soonest then taxpayers must be forced to pay accrued interests.

“The cost of building the mall was Sh4.2 billion. LBDA had paid the developer Erdemann Property Limited Sh3.6b so the balance is attracting interests very fast,” said Odoyo. He added that when the mall will be opened, it shall see hundreds of youths get employment not forgetting the economy boost. “Parliament had already allocated money to LBDA but the probe that has dragged on might hinder the process,” he said. LBDA members have said that the investigations have taken so long and need to be concluded so that the people of Kisumu, the Government of Kenya and LBDAB can begin to enjoy the fruits of this great project. “Constant negative publicity is the single greatest reason why the occupation of the mall is slow thus the need to speed up the investigations,” said Odoyo.

They said that the continuous summoning and statements writing since 2013 by those involved in the construction of the mall has made it difficult for the staff of LBDAB, the Government officials to take decisive action on the issues of the mall. “It is worth noting that the mall was constructed, completed and is yet to be handed over to LBDA,” said Odoyo. On July 9, 2019, the people of Kisumu held demonstrations in various streets contesting the delayed opening of the mall. The mall is yet to be opened a year after the Auditor General Edward Ouko gave it a clean bill of health. Ouko, however, recommended the Public Procurement Regulatory Authority be probed in since procurement laws peg variation at a maximum of 15 percent of the contract sum.

The residents also want the launch of the mall which will create thousands of jobs.