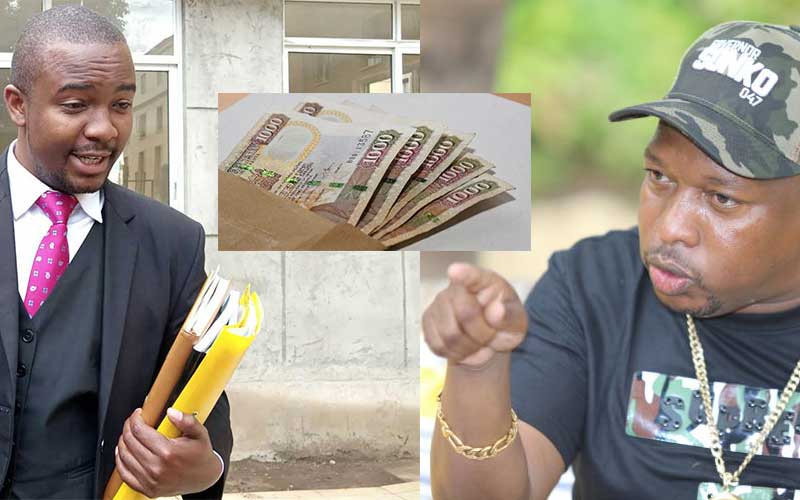 The court has ordered a city lawyer to pay Governor Mike Sonko Sh5,000 for delaying proceedings. Judge James Makau ruled that yesterday's adjournment plea by lawyer Boniface Nyamu was unjustifiable but granted it reluctantly. “Nyamu is not being serious by seeking for an adjournment again in a case that was brought to court under certificate of urgency,” he ruled.

Nyamu is seeking orders to declare Sonko unfit to hold public office. Nyamu listed 10 grounds showing Sonko is unfit to hold the office of governor. They include verbally assaulting an MCA, recording private phone calls, refusing to nominate a deputy governor, among others. He filed the case on December 5 last year seeking to bar the governor from county business until the case is determined. It will proceed on October 8. Enjoin us

On December 11, 2018 several lobby groups rushed to court seeking to be enjoined in the matter. Bunge la Mwananchi Movement, Divine Sisters Group and Vision 2030 members filed applications seeking to be enjoined in the case. In the application, they claimed that if the prayers sought by Nyamu seeking to remove Sonko are granted, voters and residents of the Nairobi County and other neighbouring counties will be adversely affected.

Badi: We will settle dispute with Sonko