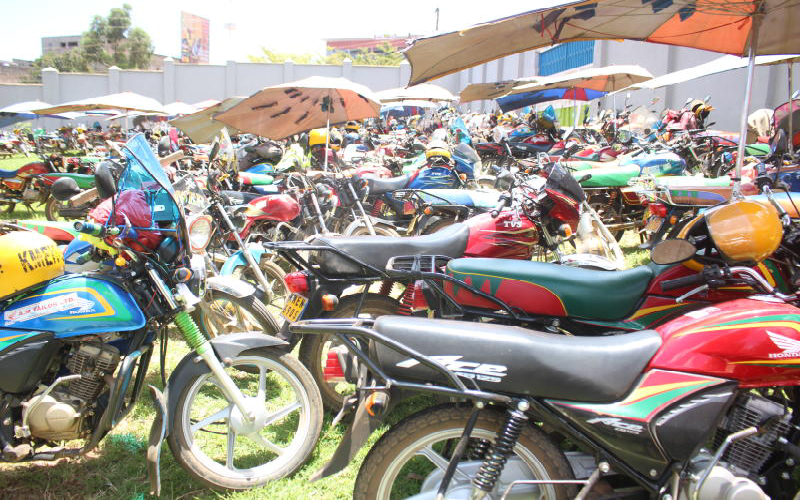 Three men who were convicted of robbery with violence have been jailed for 20 years by an Eldoret court. Benson Kunuha Khamasi, Patrick Wanyama Wetundu and Peter Buchacha Muheyo, who appeared before Senior Principal Magistrate Harrison Barasa, were found guilty of assaulting and robbing Joseph Wepukhulu of his motorcycle. Two other suspects, Rasto Makokha and Silvester Makokha, were acquitted by the court. The incident happened on the night of September 21, 2017 at Murram village in Lugari, Kakamega. The robbers also stole Mr Wepukhulu’s mobile phone and money he had in his possession, bringing his total loss to Sh93,050. The prosecution presented seven witnesses in court. They included Wepukhulu, police officers from the station where he reported the robbery, as well as the medical officer who filled Wepukhulu’s Police Medical Examination Form (P3). Wepukhulu told the court that he was robbed by three people on the said date at around 8pm after dropping off a customer. He testified that he was unable to identify the assailants who left him nursing injuries. Wepukhulu said that he proceeded to the Chimoi Administration Police camp to report the matter before later seeking treatment at the Turbo Health Centre. According to further testimony presented in court, the stolen motorcycle, which was owned by Joy Hilder Kalasia who was Wepukhulu’s employer, was recovered the next day at Rasto’s house. Rasto told the court that the motorcycle was brought to his house by Buchacha, who he knew because he used to ride his sister’s motorcycle. He testified that Buchacha, accompanied by Khamasi and Wetundu, claimed that they were from a funeral and had run out of fuel. Rasto said that because it was 4am, he allowed the men to rest in the house. Before long, policemen knocked at his door and Buchacha hid under a chair while Wetundu and Khamasi sought refuge in his bedroom. Khamasi escaped but was later arrested. “It cannot be a coincidence that Wepukhulu was robbed by three people, and that three people escorted the same stolen motorbike to Makokha’s house barely a day after the offence was committed,” stated the prosecution. The prosecution painted Rasto as a victim of circumstances, saying that he had given a believable explanation as to how the bike ended up in his house. The court also heard that Silvester was treated as a suspect because he was in the house at the time of the arrests.