Kenya-Somalia row not good for regional peace, avoid it

Editorial
Kenya and Somalia share a great deal and there is so much at risk should the situation get worse. 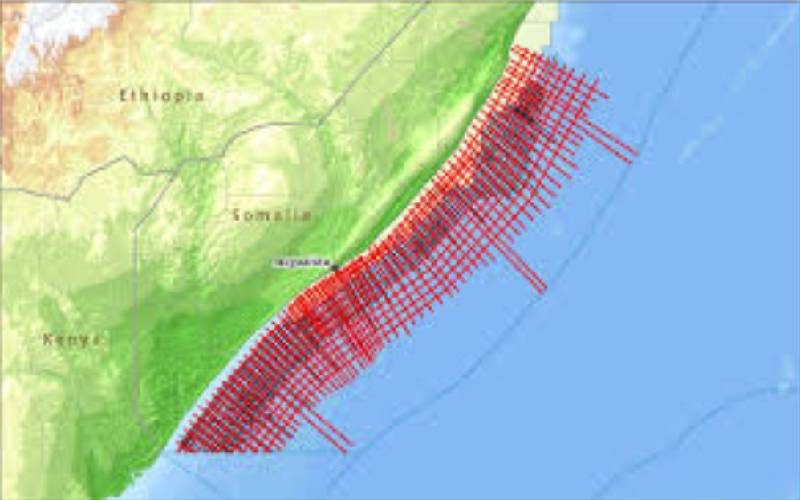 At a London event in February, Somalia’s Ministry of Petroleum and Mineral Resources unveiled what it claimed was the final block delineation for oil exploration consisting of up to 50 blocks. It was claimed that Somalia had put 15  blocks (including those Kenya considers its own) up for auction.
Kenya felt betrayed: It felt like a stab in the back from a dear friend. It severed diplomatic ties with the war-torn country by recalling its Ambassador from Mogadishu and asking Somalia’s Ambassador in Nairobi to return home. The Kenya and Somalia dispute over the delimitation of the maritime boundaries dates back to 1999. It escalated in 2014, when both countries laid claim to an oil and gas island in the Indian Ocean. Somalia then lodged a complaint with the International Court of Justice (ICJ).

While Kenya insists the maritime border with Somalia should run parallel to the line of latitude- effectively placing the disputed island in its territory- Somalia insists the border should run in line with its southern border.  It seems Somalia has increasingly become impatient as the arbitration process drags on. Last week, the Somali House of Representatives passed amendments to the 2008 Petroleum Act that gives guidelines on how to share the revenue. Kenya has reacted again this time barring some Somali officials travelling to attend a conference with European Union representatives in Nairobi. Still, Nairobi is planning to take unspecified measures to bring pressure to bear on Somalia which it views as dishonest and unreliable. Kenya’s beef is that Somalia is going ahead to dish out the oil blocks even before the matter is fully adjudicated and settled. To Kenya, Somalia is thumbing its nose at a worthy, helpful neighbour. Kenya and Somalia share a great deal and there is so much at risk should the situation get worse. Indeed, Kenya has done so much to bring lasting peace to the troubled Horn of Africa country that has borne the brunt of war since the overthrow of President Mohamed Siad Barre in 1991.

Yet the actions of both countries risks clawing back all the gains, painstakingly made to stabilise the country of 15 million. Kenya matters to Somalia as much as Somalia matters to Kenya. Because so much is at stake, both sides should hold the fire and step back. Arguably, the peace Somalia enjoys today is because of the Kenya Defence Forces’ presence on Somalia territory serving under Operation Linda Inchi since 2011. KDF’s presence has dislodged Al Shabaab from its strongholds and weakened its malevolence. Wilson Airport in Nairobi bustles because of the tens of daily flights to Mogadishu ferrying businessmen, UN staff, NGO honchos, Khat (miraa) cargo and the occasional tourist with a knack for adventure. An escalation will therefore jeopardise trade and disrupt the livelihoods of those who depend on the Sh5 billion-a-year trade. Moreover, a tiff with Somalia is akin to giving a through pass to buccaneers killing local industries like sugar and rice. Kenya and Somalia have mooted collaboration plans to cut off the flow of contraband goods passing through the porous border. That plan could get ruined. There is also the risk that a full-blown diplomatic combat between the two neighbours risks entangling the whole region. So why not avoid these worst-case scenarios altogether?  Regional bodies like EAC and IGAAD should step in before matters get out of hand.