Who will blink first? Senate to challenge disputed legislation 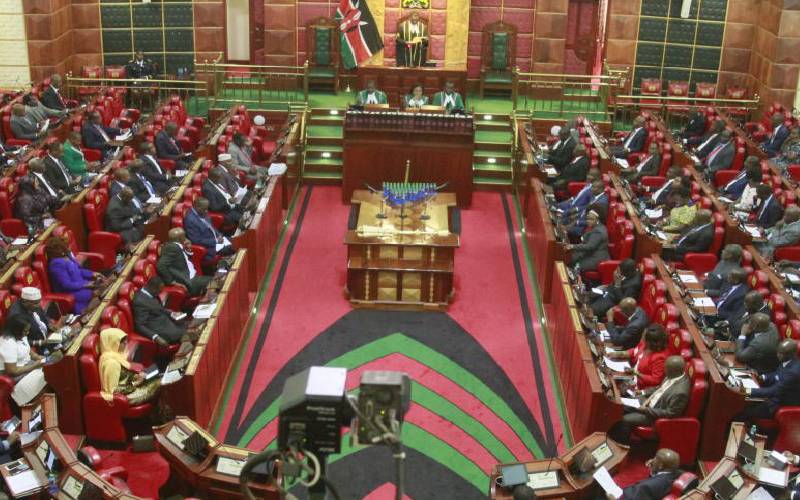 Murkomen stated: “Whereas our colleagues in the National Assembly are discussing the process of legislation and which laws can be made by this House, it is true we are in a mediation process with them on more than five Bills.” The mediation talks, according to Murkomen, is a confirmation that the National Assembly acknowledges the jurisdiction and mandate of the Senate. According to the majority leader, the President purportedly signed the Health Bill into law to amend various institutions. “I want to inform Kenyans that it is not a law, for purpose of the Constitution. That law can’t be enforced anywhere in this republic because it didn’t go through the required legal mechanism of passing law,” Murkomen asserted. He went on: “I want to inform Kenyans, issues of health are both national and county government have concurrent roles.”

The contested new health law amends the Pharmacy and Poisons Act (Cap 244), the Medical Practitioners and Dentists Act (Cap 244), the Nurses Act (Cap 257), and the Kenya Medical Training College Act (Cap 261). Other legislation amended through the Health Laws (Amendment) Act include the Nutritionists and Dieticians Act, the Kenya Medical Supplies Authority Act, the Counsellors and Psychologists Act, the Physiotherapists Act, the Health Records and Information Managers Act and the Clinical Officers (Training, Registration and Licensing) Act. For instance, health professionals have poked holes in the new law, warning that it will allow quacks to import drugs in the changes made to the 2013 Kenya Medical Supplies Authority Act and Pharmacy and Poisons Act. It now makes it mandatory for national and county public hospitals to obtain drugs and medical equipment from Kemsa.