Ramadhan is the month of sacri fices and discipline

Ramadhan Special
The special relationship that Muslims have with the Holy Koran, which is the word of Allah, gets renewed and deepened during the Ramadhan 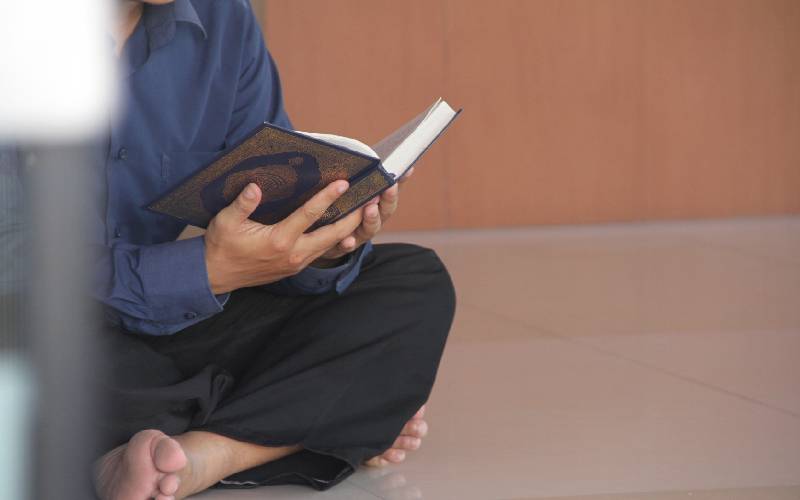 The holy month of Ramadhan comes with a lot of blessings and helps promote patience, self-control and discipline for Muslims. The bene?ts of fasting accrue to those who fast through gaining piety and being always conscious of Allah and thus warding off  evil deeds. Fasting, which is often referred to as “Sawm or Siyam’’ entails abstaining from something.

For Muslims, it means abstaining from eating, drinking, engaging in sexual activities and other actions that compromise one’s fasting. The period of fasting begins from dawn to dusk and it is strictly observed with the intention to be obedient to Allah. Fasting is a command from Allah as stated in the Holy Koran “O You who believe! decreed upon you is fasting as it was decreed upon those before you that you may become righteous’’( 2:183). It is, therefore, important to understand that fasting goes beyond experiencing hunger and thirst. As Muslims observe the strict fasting schedule and breaking off  from their routine of eating, drinking and engaging in other prescribed lawful activities, they become fully aware that they are servants and slaves of Allah and not their habits and behaviours.

It is during fasting period that one gets spiritually, physically, mentally and emotionally nourished. Engaging in prayers, reciting the Koran, off ering charity, seeking forgiveness, increasing the frequency of spiritually invaluable activities. The individual and collective spiritual activities not only serve to strengthen the bond between the Muslims but also promote the identity of the Muslim community. The promotion of a sense of togetherness and unity on the basis of piety and being devoted to Allah rejuvenates the Muslims and sustains a commitment to the values of morality, piety and kindness even beyond the fasting seasons. The special relationship that Muslims have with the Holy Koran, which is the word of Allah, gets renewed and deepened during the Ramadhan.

The recitation of the Koran helps the Muslim to be in a state of divine communication and focuses on its meaning and guidance. Indeed the Koran serves as the compass of a Muslim’s life and regulates his or her conduct to conform to the purpose of creation of mankind, which is to worship and be obedient to Allah. Ramadhan season is characterised by sacri?ces of comfort, resources, time and the puri? cation of the soul with the intention of attaining a higher level of piety. Piety is often referred to as “Taqwa’’, which is the ultimate prize for a Muslim since it symbolises submission to Allah and total commitment to all that is good and rejection of all that is evil and bad. Through sacri? ces and endurance that is associated with Ramadhan, Muslims get enabled to overcome the forces associated with evil within themselves as individuals and the society at large.

There are signi? cant lessons that can be drawn from the Ramadhan experience and it amounts to servicing one’s soul and renewal of faith in a bid to scale up focus on becoming righteous in compliance with Allah’s command. Submission to Allah translates into higher levels of transparency, fairness, justice, and accountability between mankind. Positive competition to do only that which is good and unity of purpose to ward off  evil for the sake of the society as directed by the divine guidance guarantees peace and tranquillity for all. People need to deeply re? ect upon the true meaning of Ramadhan and strive to ful? l its purpose and facilitate to overcome misery, poverty, human suff ering, injustices, corruption, hunger and all other evils that undermine the fabric of the society. Commitment to living for a larger purpose in life, which is serving God through service to humanity and being sel? ess and looking beyond the current world for reward, ought to de? ne our actions.

The writer is the Managing Director,  Aqeel Consulting Limited