Nairobi
Further, they want the lawmakers to tell the public if any legal framework was put in place to guide the process. 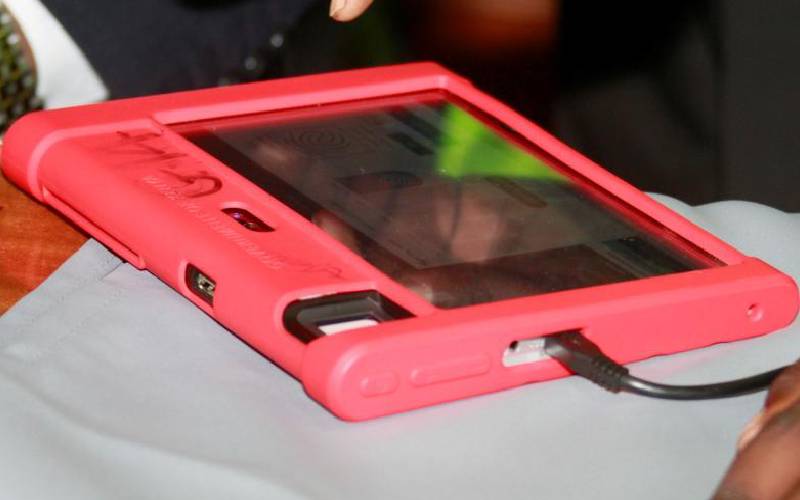 A lobby wants Parliament to stop the ongoing bio-metric registration of Kenyans dubbed "Huduma Namba", which it terms an illegality. Counties Uraia Community Federation of Kenya (CUCFOK) has also expressed fear that the system is not safe and is likely to expose Kenyans' confidential information to hackers. In the petition, CUCFOK wants National Assembly Speaker Justin Muturi and Senate's Kenneth Lusaka to direct their Justice and Legal Affairs committees to allow them to argue their case and a determination tabled in the two houses.

The petition signed by CUCFOK President Odhiambo Swa Makaduol, secretary general William Mboga and members Elias Komenya and Baresia Sande was copied to Interior PS Karanja Kibicho. “We hereby petition the two houses to give direction on legality of the government’s project. We fear the Huduma Namba registration systems are not safe, and will help hackers defraud Kenyans, as they will have access to medical and financial details as well as other personal details of individuals. The programme has been imposed on Kenyans,” they say. The petition was received by both Parliaments last week. Of concern to the petitioners is lack of full disclosure on the procurement of the bio-metric machines. Further, they want the lawmakers to tell the public if any legal framework was put in place to guide the process. They accuse Parliament of failing to guarantee Kenyans their rights to privacy. They said many countries had resisted the Huduma Namba kind of listing and wondered why the Government was forcing it on Kenyans. Officials say Huduma Namba will be used to access all Government services.