Nyagarama dismisses law on use of manure 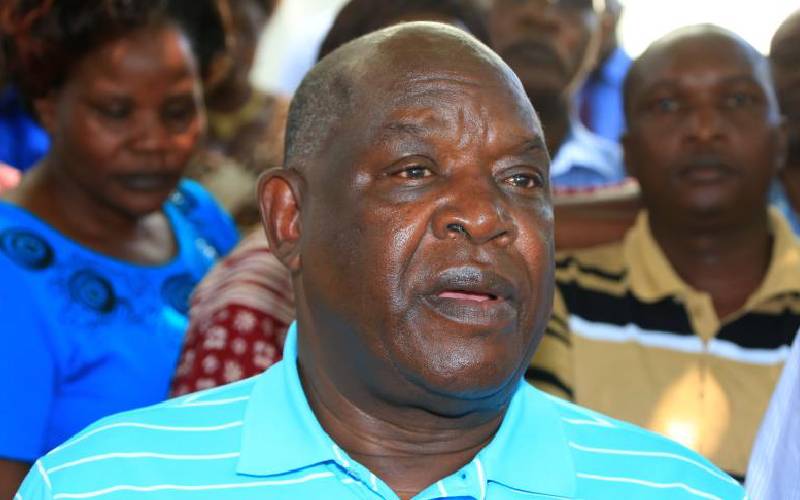 Governor John Nyagarama (pictured) has dismissed a bill seeking to regulate use of organic manure in the country. Mr Nyagarama said yesterday at a press briefing that the bill, which is yet to be tabled at Parliament, is a ploy by business people to keep Kenyans from using manure. Nyagarama said such a bill should be grounded on a concrete scientific research, having been debated by eminent agriculturalists.

"When they say that use of raw manure in farms is illegal, what scientific argument do they show in support of such a statement?" Nyagarama posed.  "Do they even bother to regulate the synthetic fertiliser which they always import from foreign countries?"  If the new law dubbed The Crops Regulations, Act 2018, which is being fine-tuned, comes to effect, it will make it illegal to plant using manure. It proposes regulations that seek to tighten food production, processing, national and international marketing. The bill was drafted by the Cabinet Secretary for Agriculture the Agriculture and Food Authority and representatives from county governments.

It will be tabled in Parliament after final drafting by the Attorney-General. Nyagarama said stakeholders from Nyamira were not involved in the creation of the Bill.