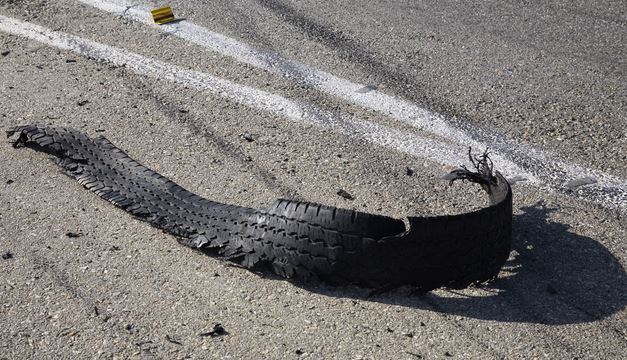 A 37-year-old driver died on the spot after a truck he was driving rammed into a storey building in Homa Bay town. Edwin Otieno died on Tuesday morning when the incident occurred along the Homa Bay-Rongo road. It is suspected that the truck lost control over brake failure.

Eyewitnesses said the driver, who was alone in the vehicle, was traveling from Sukari Industry in Ndhiwa Sub County at 3 am. Otieno veered off the road to the right side when he hit a balcony on a building that accommodates many offices. He was on a journey to Chemelil area in Kisumu County where he was going to collect sugar cane. The driver’s body got stuck between the wall of the building and the back seat of his truck. One of the driver’s limbs was broken and detached from the other body parts.

He was on a journey to Chemelil area in Kisumu County where he was going to collect sugar cane. Homa Bay Sub County Police Commander Sammy Koskey said preliminary investigations revealed that the Otieno had engaged the free gear on his truck. “It seems he was trying to change to another gear as he approached Homa Bay town center before he lost control of the motor vehicle,” Koskey said. Koskey called on drivers to observe traffic rules. The body of the driver was taken to Homa Bay County Referral hospital mortuary.