By Chris Hart | 4yrs ago 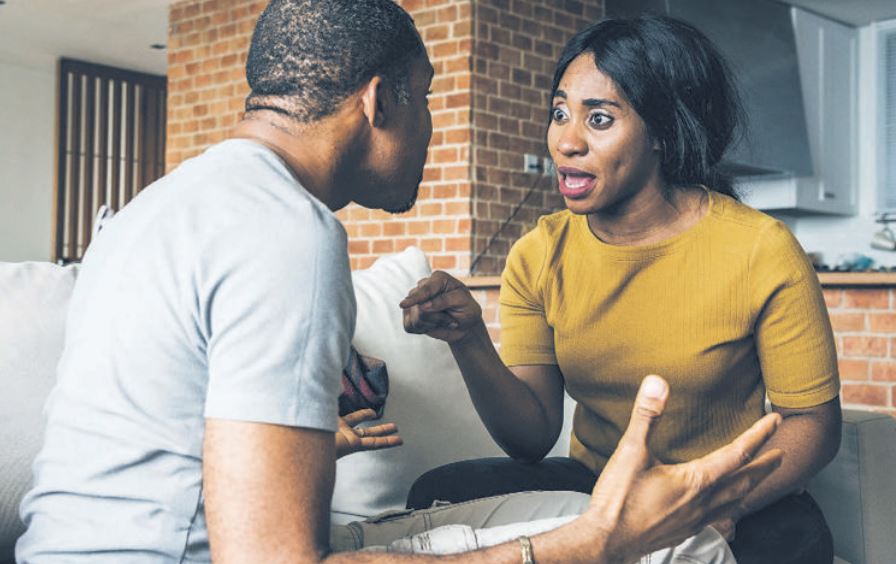 All around the world, the reasons men and women give for divorcing are many and varied: arguments, insults, rejection, drunkenness, inability to listen, no sense of humour, watching too much football...

Ask a lawyer and they’ll say adultery tops the list. But that’s rarely the true underlying cause. It’s just a convenient reason which will convince a court to allow you to divorce.

Because people forgive all sorts of issues, especially infidelity. But some things are impossible to live with. Some of them are seemingly small behaviours that build up over the years. With help, you can generally fix those. Others are rooted in your personality.

They’re just about impossible to change. And then there are risk factors that relationship counsellors have noticed over the years. They make divorce more likely, but not inevitable.

Gradually, rudeness leads to shouting, defensiveness and withdrawal. Now you’re close to the point of no return.

You can’t make decisions together any more. Or work as a team. You feel like you’re always giving in.

Somehow your goals and interests no longer match. You start feeling lonely, and begin to wish you were with someone else. Probably you’ll soon start opening your heart to a friend, colleague, or even a stranger. And so you start down the slippery slope to infidelity.

Another strong predictor of divorce is getting a lot of negativity from your partner. Playing tit-for-tat and keeping score. Mind games and winning, instead of love, communication and forgiveness.

Pretty soon you’ve lost interest in each other’s feelings. Words like ‘whatever’ and ‘fine’ pepper your arguments. You hardly ever have sex any more. One of you is spending most of their time outside the marriage. At work, in other relationships, and interests that no longer involve you both. The process of detachment’s started.

Is there anything you can do if you see things like this? Yes there is! Really try to improve things with your partner, even though you may already be thinking of leaving. Because you have nothing to lose, and so you can tackle your problems head on.

It’s worth remembering that relationships fall into a pattern right from the moment you meet. So if your partner got drunk on your very first time out together, or violent, it’s likely that those issues are going to be a problem throughout your relationship. You can make all sorts of excuses, but patterns like this are hard to change.

It’s also hard to stay married to someone with a personality disorder, even if it’s mild. Like a narcissist, who thinks everything’s about themselves. They can’t connect emotionally to others, and exploit them for their own gain. In fact they can seem extremely attractive when you first meet them! Exciting, charming, seductive, and forever making breathtaking romantic gestures.

But sooner or later their self-centredness shows through. Narcissists dominate their partners, and they’re unfaithful and unavailable. One minute you’re up on a pedestal. The next you mean nothing to them. They don’t see how their behaviour’s affecting you, and won’t change. So their relationships often fail. Mostly because their partners can’t stand them any longer.

It’s equally hard to live with someone who’s insecure, or who’s moods can change violently. So that they go from a happy conversation to a towering rage in moments. Or who’s perpetually anxious about everything. Or who’s behaviour is anti-social. Violent, coercive or manipulative.

So take a totally honest look at yourself and your spouse. And get advice if you suspect something deep’s going on, like a personality issue.

After that, remember the good times. Can you still enjoy each other’s company at least some of the time? Work on creating some good times again, because simply enjoying doing a few things together can bring you back right from the brink of divorce.

If there’s lots of stress in your lives, then you’re probably being especially hard on each other, without realising what you’re doing. Working together on reducing stress could transform your marriage.

Chances are you and your spouse no longer feel important to each other. So make each other a priority again. And be wary of advice your friends and family give you - they’re often heavily biased. Instead, find a good counsellor, who’ll help you to hear each other again, identify the underlying problems, and forgive each other for past mistakes.

What about the risk factors that relationship experts observe? Well, the most important one is that almost 40 per cent of divorces occur between couples who have no children, while partners with five or more dependent children rarely split up.

This makes sense when you think about it from the point of view of your genes. Couples with no children are the end of their line. While if they find another partner they may go on to have children, which is what our genes are all about. But as a couple have more children, it makes more sense for them to stick together and rear them.

You’re also more likely to divorce if you don’t smile much, and especially if you didn’t smile much as a child.

You’re more likely to divorce if the wife is two or more years older than her husband.

You’re more likely to divorce if your parents divorced, especially the husband’s parents, and even more so if either of them later remarried.

You’re more likely to divorce if both you and your partner had previous marriages.

You’re more likely to divorce if any of your children were conceived before you married.

You’re more likely to divorce if you’re dissatisfied with your relationship, especially if your family income’s low, you have no savings, and if you argue about money a lot.

Red flags to divorce manifest themselves differently in various age groups. For example, younger couples will mainly complain about interference from in laws and money issues. They expect better and more intimate moments, the small things that characterised the dating phase of the relationship. Older couples will fight about property, finances with each wanting more power in the family. Then there is adultery with matters coming to head when one party ‘discovers’ another family.

You’re more likely to divorce if your education level is lower than average, the husband’s unemployed, or the wife drinks more than her husband.

You’re more likely to divorce if just one of you’s a smoker.

You’re more likely to divorce if you married young, or if the wife wants a child, or another child, much more than her husband.

You’re more likely to divorce if you only have daughters, or the husband has high testosterone levels.

You’re more likely to divorce if any of your children have been difficult to rear, or if you have twins or triplets, or if you lost a child shortly before or after birth.

You’re more likely to divorce if one of you falls sick, especially if it’s the wife who becomes ill.

You’re also more likely to divorce if you choose someone in the wrong profession. For example, dancers and military personality are high risk, farmers much lower, and agricultural engineers the lowest of all! The differences mostly reflect factors like age, income and personality issues rather than the occupation itself.