TSC has no powers to punish private school teachers

The Teachers Service Commission (TSC) has admitted that it cannot discipline errant teachers in private institutions.

TSC blamed this on lack of laws giving it oversight powers over private schools.

This was the commission's reply in a case where a parent is asking the High Court to abolish corporal punishment in schools.

TSC’s deputy director in charge of discipline Viola Kihara told the High Court that although the regulator requires that all teachers be in its register, its role is limited to only de-registering those teachers who have been forwarded by private schools boards over indiscipline.

The case was filed by a parent identified using the initials CAK - to conceal her identity - against three teachers - Emily Kulola, Ann Wanjiru and Peterson Gichuki, board of management of ACK Thika Memorial Church School and TSC. Kihara, in court papers, said the commission had not received any report implicating the three teachers.

“In this case, just as in other cases involving teachers engaged in private sector, (TSC's) role is only limited to removing the names of such teachers from the register of teachers upon inquiry and conviction of an offence. (TSC) has not been presented with evidence of conviction following inquiry (by ACK school board),” the reply reads.

CAK wants compensation and an apology for the caning of her child.

England advances after beating Wales 3-0 at World Cup to face Senegal at 10pm this Sunday
Football
By Associated Press
14 mins ago
Nigerian stowaways found on ship's rudder in Canary Islands
Africa
By AP
35 mins ago
Over 200 women entrepreneurs benefit from Absa Bank's She Stars programme
Enterprise
By James Wanzala
35 mins ago
How stay-at-home spouses can build credit
Enterprise
By AP
35 mins ago
. 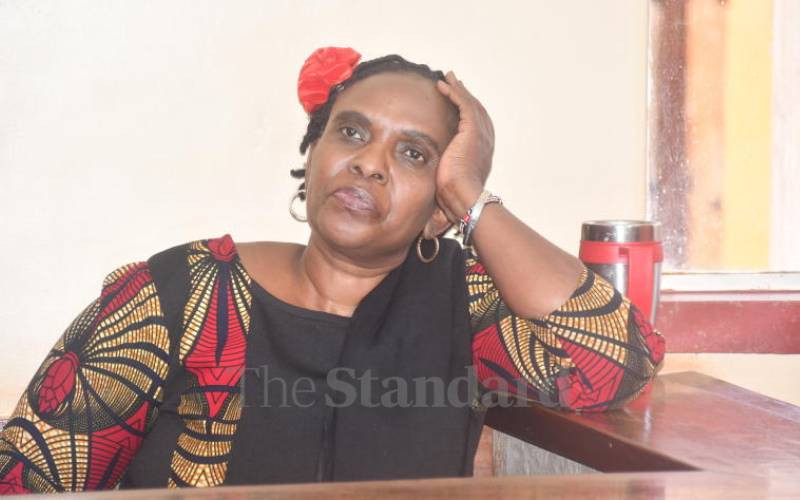